Moscow predicted a collapse in demand for apartments 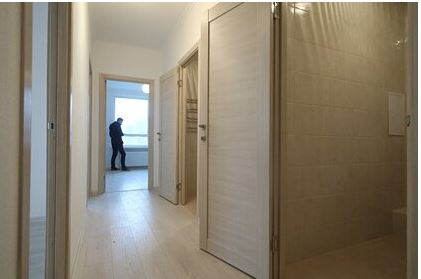 The increase in the mortgage rate will make it virtually impossible to buy housing in Moscow for Russians who earn less than 50 thousand rubles a month, according to the materials of the Agency for Investments in Real Estate, received by the editorial office of Lenta.ru. As a result, the demand for low-liquidity and the cheapest housing in the capital will collapse, experts say.

“The audience of such apartments depends on the mortgage, and now, due to the increase in rates, it will be more and more difficult for them to count on a purchase,” they explain. Experts admit that prices for the most affordable housing will fall. “Perhaps this will be a hidden decrease in value due to bargaining at the time of signing the purchase and sale agreement,” they predict.

The Real Estate Investment Agency believes that in the foreseeable future, investors will not return to the market for new buildings, instead they will prefer to invest in secondary housing. “Investors are still more interested in buying secondary housing. The situation is the same with ordinary buyers, who are more interested in buying ready-made housing, ”the experts state.

Earlier it became known that secondary real estate continues to rise in price in all cities with a population of over one million in Russia, except for Moscow, where prices have ceased to increase since the summer. The maximum growth in the cost of “secondary housing” was recorded in Kazan, Nizhny Novgorod and Voronezh.