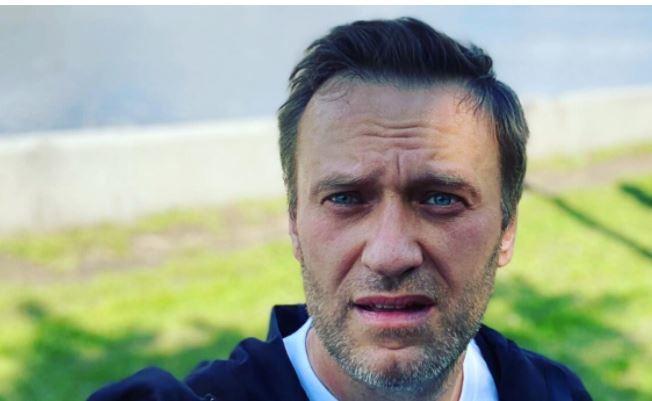 The Permanent Mission of Russia to the EU has asked MEPs nine questions regarding the far-fetched accusations against Moscow from the West in connection with the incident with Alexei Navalny.

The Permanent Mission explained that the need for such a publication was prompted by "a rapidly growing information campaign in the EU" against the Russian Federation. Diplomats urge EU and MEP officials to familiarize themselves with a number of inconsistencies.

The publication of the Permanent Mission of the Russian Federation contains nine questions to the European Union.

“Will there be any justification for the alleged decision of the Russian authorities to poison Alexei Navalny with a military-grade nerve agent of the Novichok group, subject to the CWC's ban, in a Russian city with half a million population and then do everything possible to save his life and let him go to Germany for treatment, where can the Novice be identified? " - reads the first question.

The second question concerns the validity of Navalny's alleged poisoning, given that "his actual popularity level is unlikely to reach 2%, according to a recent poll."

Diplomats are also interested in why the German authorities do not want to provide the Russian authorities with the results of toxicological analysis. Moreover, these results have not even been officially published. The permanent mission recalled that Germany refused to respond to an official request from the Russian Prosecutor General's Office for legal assistance.

The diplomats commented on the West's demands on the Russian government to investigate the incident and look for witnesses "somewhere in Siberia."

"Was it a coincidence that, at the same time, some of the persons who accompanied Mr. Navalny on his trip to Siberia immediately left Russia for Germany after the incident?" - asked at the permanent mission of the Russian Federation to the EU.

Another question concerns the refusal of German doctors from the Charite clinic, where Navalny is still staying, to conduct a professional dialogue with Russian colleagues, "despite the obvious discrepancies in the symptoms, toxicological analysis and diagnosis of Navalny."

Diplomats also ask for clarification why the hypothetical application of the Novichok developed in the USSR is associated exclusively with Russia, ignoring the fact that “for a number of years, specialists from Western countries and relevant NATO centers have been developing chemicals associated with the Novichok group.

Diplomats draw attention to the fact that in Germany Navalny was accompanied to the hospital by agents of the special services, and the clinic itself had turned “into a strict regime institution long before the“ opening ”of Novichok.

“Does this mean that Berlin knew something that neither Moscow nor Omsk knew about? It is worth noting that more than 60 biochemical tests were carried out in the Omsk hospital, none of which showed any signs of poisoning, ”the RF Permanent Mission stressed.

There are inconsistencies with the story of the "water bottle", which, according to some Western media, allegedly had poison. Representatives of the Russian Federation recalled that CCTV cameras did not record that Navalny touched this bottle at all before flying to Tomsk.

"If she had used it before, or on board a plane flying to Moscow, how did she get to Berlin?" - Russian representatives ask.

"Why did not a single toxicologist, civilian or military, and not a single Charite doctor make a qualified opinion on the case (as did Russian doctors)?" - reads the last question.

Navalny was hospitalized in Omsk after he fell ill during the flight from Tomsk to Moscow, he was broadcasting Tsargrad. Later, at the request of relatives, the blogger was transported to the Berlin clinic "Charite". Experts from the Bundeswehr laboratory said that Navalny had been poisoned with a substance from the Novichok group, while tests taken by Omsk doctors showed that there were no toxic substances in Navalny's body before leaving the country.

After that, accusations and threats of new sanctions fell on Moscow.

The West's version of the poisoning of Navalny has been repeatedly criticized. In particular, there were suspicions about Maria Pevchikh, who accompanied the blogger on a trip to Siberia. Her father owns a laboratory, so the girl could easily get a poisonous substance. FAN previously learned that State Duma Deputy Vitaly Milonov sent a request to the Prosecutor General of the Russian Federation Igor Krasnov with a demand to conduct an investigation into the possible involvement of the Singers in the attempt on Navalny's life.