Moldova decided to continue the dialogue on gas supplies from Russia 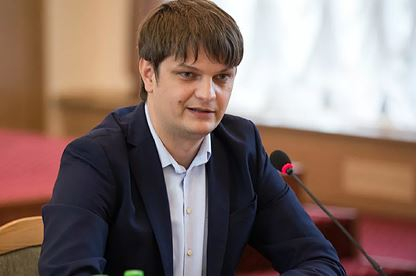 The Moldovan government will continue negotiations with the Russian company Gazprom on gas supplies on October 27 in St. Petersburg. This was announced by Deputy Prime Minister, Minister of Infrastructure of the Republic of Moldova Andrei Spinu, reports “Sputnik Moldova”.

He noted that this decision was made in the interns of citizens of the country. The official stressed that before the meeting with the head of the Russian company Alexei Miller, the Moldovan government will revise the debts on fuel purchases from the Russian side.

Earlier on October 23, it was reported that the Russian-Moldovan gas negotiations with Deputy Prime Minister Dmitry Kozak ended in vain, a new gas contract was not signed.

Moscow offered Chisinau a fair market price and is ready to provide a discount of 25 percent, but the only condition for receiving it is the payment of the accumulated debt in the amount of about $ 700 million, excluding Transnistria.

The Moldovan side, represented by Deputy Prime Ministers Vladislav Kulminsky and Andrei Spinu, in turn, asked for the cost of fuel to be halved, appealing to the lack of funds in the country. At the same time, the government of the republic announced its intention to look for alternative suppliers.

On October 22, the Moldovan parliament declared a state of emergency in the country until November 20 due to a gas shortage.