Minsk: the road to light

Events in Belarus riveted the attention of the whole world. They are especially important for us - the great Slavic brotherhood is being tested again.

BELARUS IS THE HOMELAND OF ... MAMMOTS?

We all know the ironic saying "Russia is the homeland of elephants." This is about excessive national swagger that does not know the real historical shores. Unfortunately, many peoples and countries sin with it.

At the end of the 20th century, a myth about the “thousand-year history of the Belarusian statehood” appeared. To cool the hot heads of rabid nationalists, Mogilev historian Yakov Treshchenok wrote “History of Belarus” in 2003. It clearly says: "The Belarusian state has really existed only since January 1, 1919, since the formation of the BSSR."

Indeed, the BSSR was created as a national republic. She even in 1948 became one of the founding states of the UN! But after the collapse of the USSR, the nationalists decided to strengthen the status of Belarus for centuries, regardless of anything.

During the Middle Ages, Polotsk and Turov principalities were located on the present territory of Belarus for almost five centuries.

The Polotsk principality existed from the X century as part of Kievan Rus, and by the XIV-XV centuries it was conquered by the Grand Duchy of Lithuania.

The Turov principality was considered Old Russian and was located along the middle and lower reaches of the Pripyat River. Then for 300 years the Poles and Balts ruled on these lands, who even in a nightmare could not dream of giving statehood to a small Slavic tribe.

And the self-designation of Belarusians as a nation that realized itself appeared only towards the end of the 19th century. Well, could monarchs of the Grand Duchy of Lithuania with names like Voishelk, Schwarn or Dovmont call themselves Belarusians !? Well these are Lithuanians and Poles, as well as the Gediminovich dynasty, which the current superpatriots declared ... Belarusian! 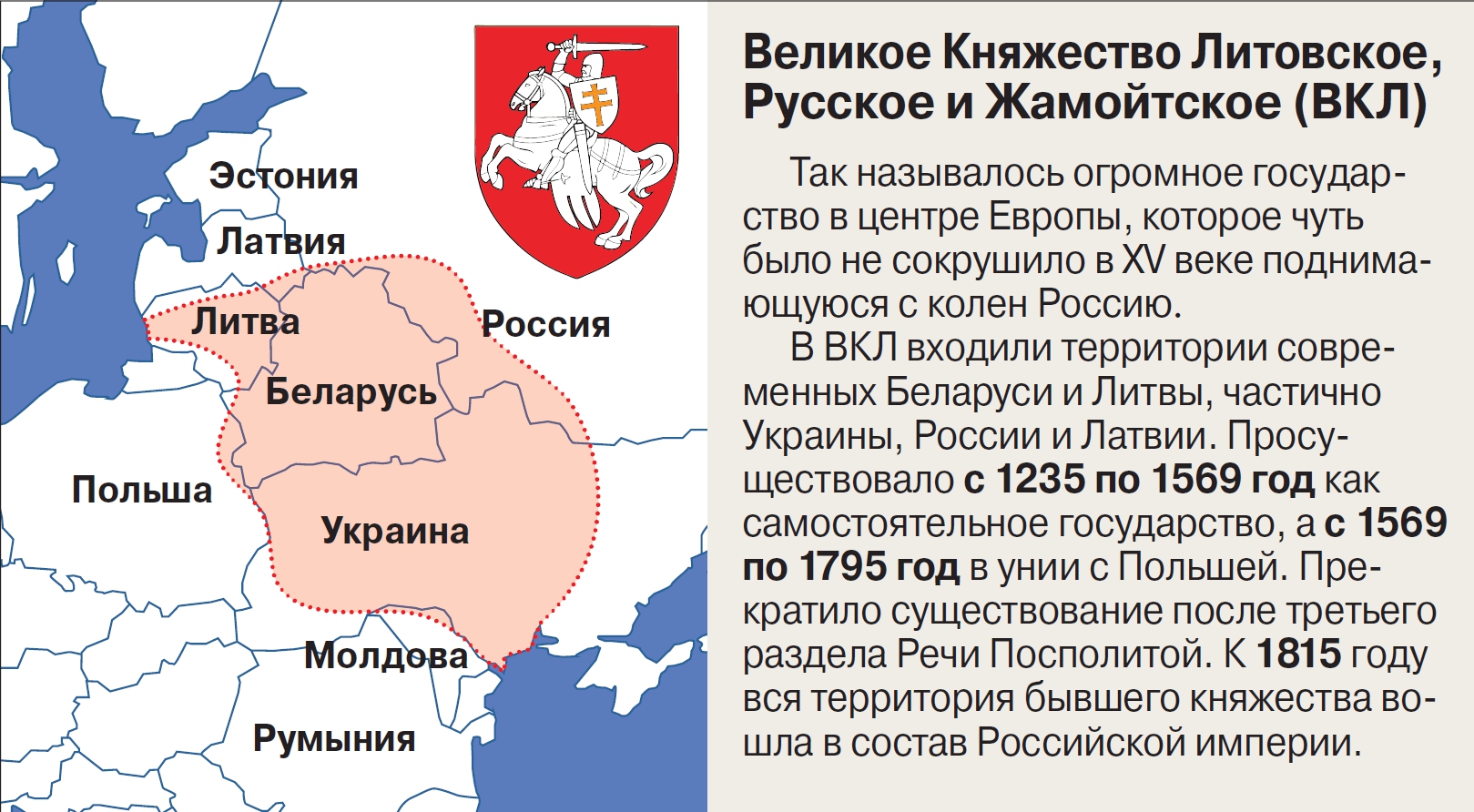 Some scholars believed that the present ethnic territory of the Belarusians was originally Polish or originally Great Russian. Why? But because almost until the end of the 19th century they did not have their own language. No language - no nationality.

But already at the beginning of the 20th century, scientists proved the independence of the Belarusian dialect. Therefore, Belarusians began to be considered an independent ethnos, people.

There is one more idea - Old Russian. It was developed by Soviet historians. Its essence is that after the collapse of the Old Russian state, three future close Slavic ethnic groups emerged from it - Russians, Ukrainians and Belarusians. Throughout the XIV-XVI centuries, because of the wars, there was a differentiation of the Eastern Slavs of the Grand Duchy of Lithuania and the lands of the emerging Russian state. Well, the divergence of Belarusians and Ukrainians happened already in the 17th century - people lived in a very different way in the Zaporizhzhya Army and on the lands of the Grand Duchy of Lithuania.

Modern scientific methods quite convincingly prove what archaeologists, historians and philologists used to say. A comparison was made of the genome of modern inhabitants of the Belarusian lands with the genome of other European peoples.

This comparison shows: according to Y markers, the Belarusians "show a high similarity with the Eastern Slavs and most of the Western Slavs, but genetically far from the Balts." A genetic community was identified, which "forms a single dense cluster, including Belarusians, Poles, Russians in the southwestern regions (Belgorod, Voronezh, Kursk, Oryol regions), as well as Russians in the Tver region."

There is only one conclusion: there is nothing for the Balts to greedily look at the Slavic lands of modern Belarus. Not to mention other ethnic groups and states ...