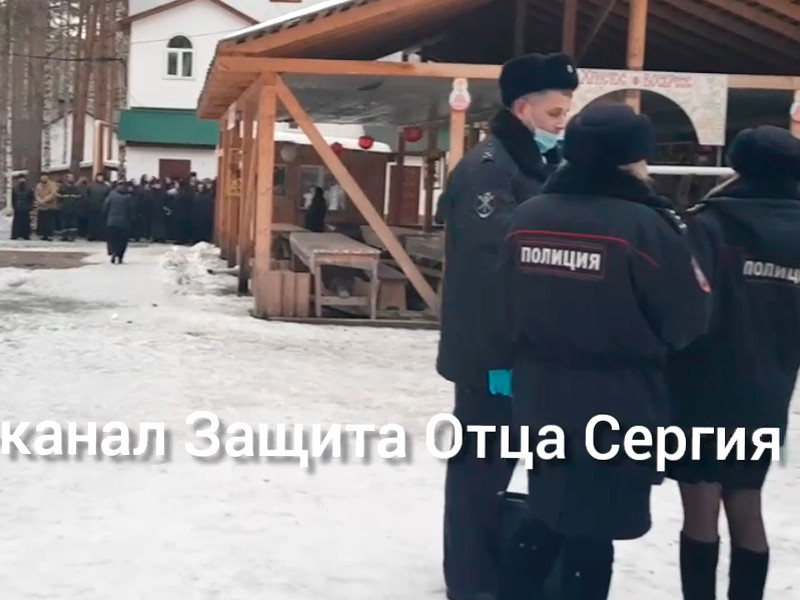 Police officers, as well as the Ministry of Emergency Situations and Rospotrebnadzor arrived on Tuesday with a check at the Sredneuralsky women’s monastery. Pavel Babikov, a lawyer of the former confessor of the monastery of Sergius (Romanov), told Interfax about this.

“The reason is that a person allegedly called 112 and said that sanitary and epidemiological rules were violated in the monastery, unauthorized meals were organized,” said the lawyer. “Now, as I’m told, they have broken open the door to the refectory, they are going to the bakery.”

Representatives of several departments, including the police, conducted an inspection at the monastery last Thursday. As a result, administrative protocols were drawn up against two nuns for not registering.

A week earlier, the Ministry of Internal Affairs also drew up similar protocols for 15 people taken from the monastery to the police.

In addition, at the end of February – beginning of March on the territory of the monastery and in the sketes in the Alapaevsky district of the Sverdlovsk region, according to Interfax sources, law enforcement officers were looking for the cell attendant Sergius Siluan (Andrei Khramov, born in 1974) in the case of a triple murder committed many years ago. According to media reports, the Ministry of Internal Affairs is ready to pay 1 million rubles for information on the whereabouts of Siluan.

The former confessor of the monastery, Sergius (Romanov), was defrocked in the summer of 2020 for violating the priestly oath and a number of apostolic rules, and then excommunicated, but refused to leave the monastery. At the end of 2020, he was detained and sent to Moscow. He was charged under part 3 of article 110.1 (inclination to suicide), part 3 of article 148 (violation of the right to freedom of conscience and religion) and article 330 (arbitrariness) of the Criminal Code of the Russian Federation. A court in Moscow sent him to a pre-trial detention center until May 28.

According to the RF IC, Romanov publicly called for suicide at least ten nuns living in the monastery. “In the future, realizing that his calls could be perceived vaguely by a wide range of people and entail socially dangerous consequences, he published a video of his speech on the Internet, containing signs of persuading believers to commit suicide under the guise of the religious ideology of Christianity,” the UK said. Romanov does not admit guilt.

On July 7, 2020, a court in the Verkhnepyshminsky district of the Sverdlovsk region fined Sergius for spreading fakes about coronavirus 90 thousand rubles. The clergyman’s lawyer appealed, but the second-instance judge upheld the sentence imposed in the case.

On July 20, a court in Verkhnyaya Pyshma found Romanov guilty of inciting hatred. The case was based on the statements of Romanov during a sermon in the Sredneuralsky nunnery. They saw signs of incitement of hostility, discord against a group of persons on a national basis, as well as calls for the eviction of an indefinite circle of people proposing to observe the regime of self-isolation during the period of the spread of COVID-19.