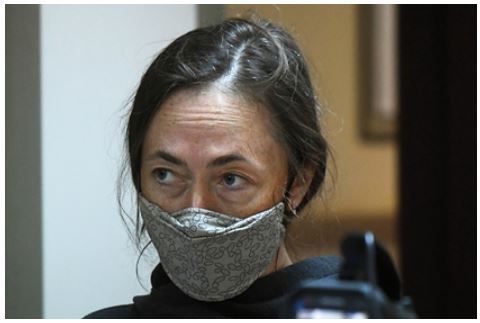 The wife of actor Mikhail Efremov, who is now serving time for a fatal accident in the center of Moscow, Sofia Kruglikova complained about a difficult life without a husband. Writes about this “Komsomolskaya Pravda”.

She said that her children with the artist had a rest all summer, did not go anywhere, because “there is no money.” “We have a very big family tragedy. The mother was left alone with three children. I don’t work at all. And I’m still lying! ”Said Kruglikova.

However, the woman refused to answer questions about her husband and his forthcoming cassation court. “I don’t care, I have my own concerns,” she said.

According to the newspaper, 49-year-old Kruglikova works two jobs. Now she teaches at the university and works with famous musicians as a director. At the same time, she refuses to ask her friends for money.

On June 7, the common-law wife of Sergei Zakharov, who died in an accident with Efremov, Irina Sterkhova filed a lawsuit to be included in the list of heirs. According to the lawyer Alexander Dobrovinsky, representing the interests of Zakharov’s widow Margarita, Sterkhova was not recognized as a victim in the Efremov case. However, she wants to sue for the deceased’s money.

Mikhail Efremov was sentenced to 7.5 years in prison for a fatal road accident that occurred on June 8. He was driving an SUV in a state of alcoholic intoxication and drove into the oncoming lane, where he collided with a car, the driver of which, Sergei Zakharov, later died.