Visitors to the Torta fair exhibition (Mexico City, Mexico) were able to see how an amazing record-breaking dish is prepared and also taste it. 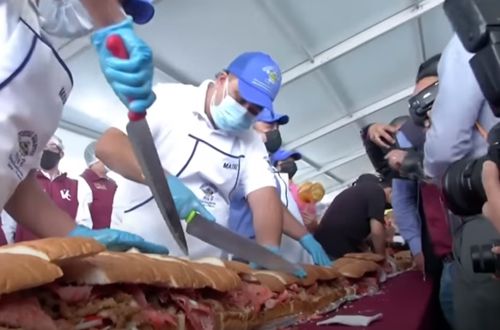 Several chefs teamed up at once in order to prepare a sandwich known as a “torta”. But the appetizer was not simple, but gigantic, and the length of the miracle sandwich was 74 meters, which makes the cake the longest in the world. After the dish was ready, it was distributed to the visitors – it seems that the stomachs of gourmets were very pleased with the treat. 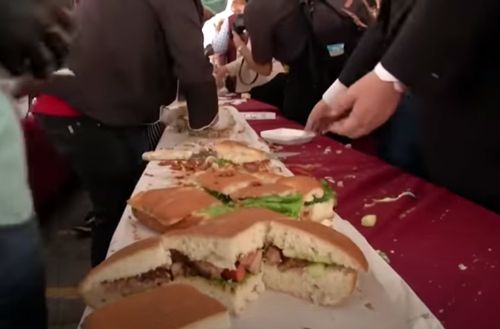 By the way, the cake became a record not only for its impressive size, but also for the short cooking time. It took 2 minutes and 9 seconds to assemble a gastronomic masterpiece.