The pandemic froze the social life of the capital for almost a year, and now everyone is actively trying to catch up. The most striking event of the last days was the 10th anniversary Music Award of the RU.TV channel, which took place the day before in the Crocus City Hall concert hall. The leitmotif of the holiday was space, and many stars did not miss the opportunity to shine on the magenta track with their sparkles, rhinestones, pearls and simply bright outfits.

Girls from the Fabrika group tried on kokoshniks made of pearls and silver boots, and Regina Todorenko put on not only a pearl choker, but also adorned her face with precious beads. 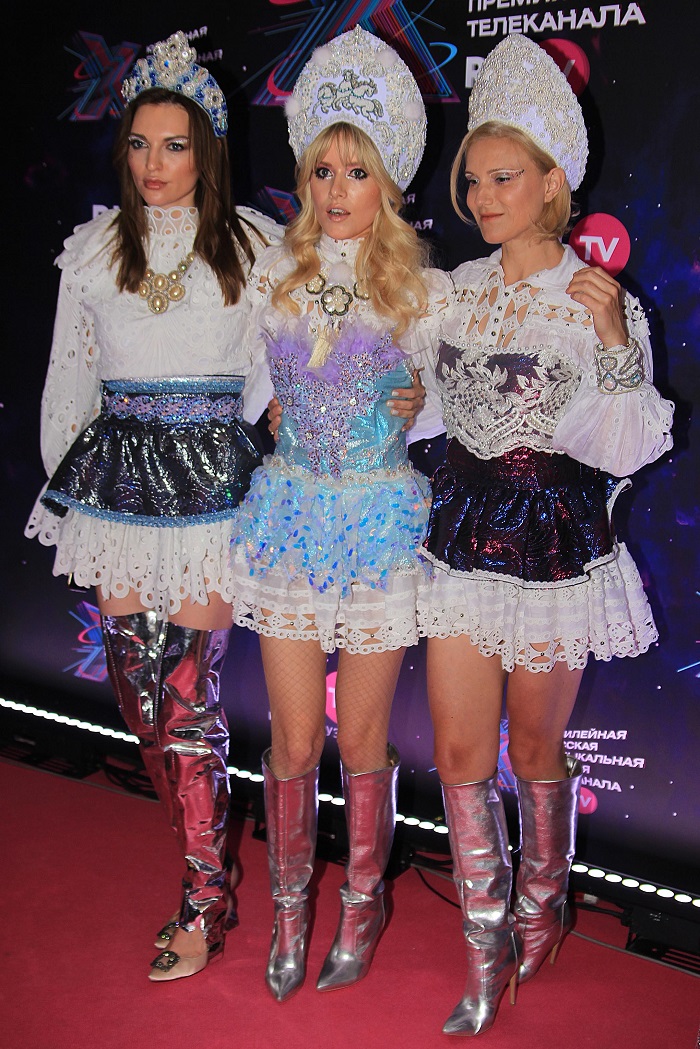 Marie Kraymbery showed how a pink alien spacesuit should look like. Singer Yolka lives up to her name by pairing an iridescent, glittery sweater with wide pink pants. 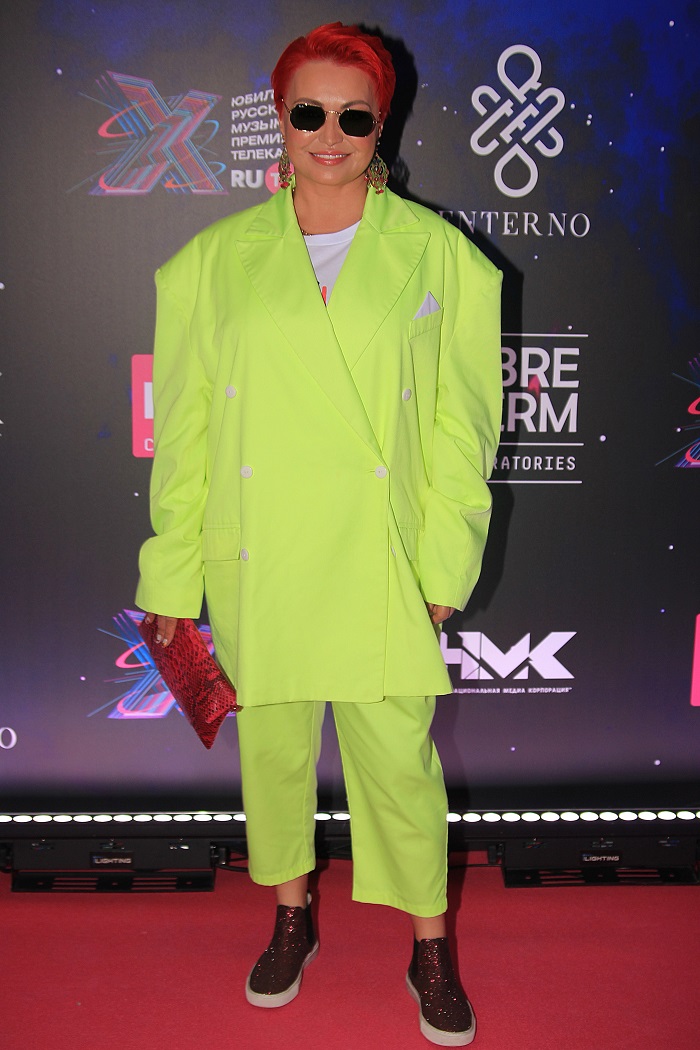 Katya Lel put on a poisonous green suit, and the pants turned out to be a couple of sizes smaller than necessary, and the jacket, on the contrary, was much larger. To complete the look, Katya painted her head with red paint.

Valeria shone on the path in her silver armor and crown-star. 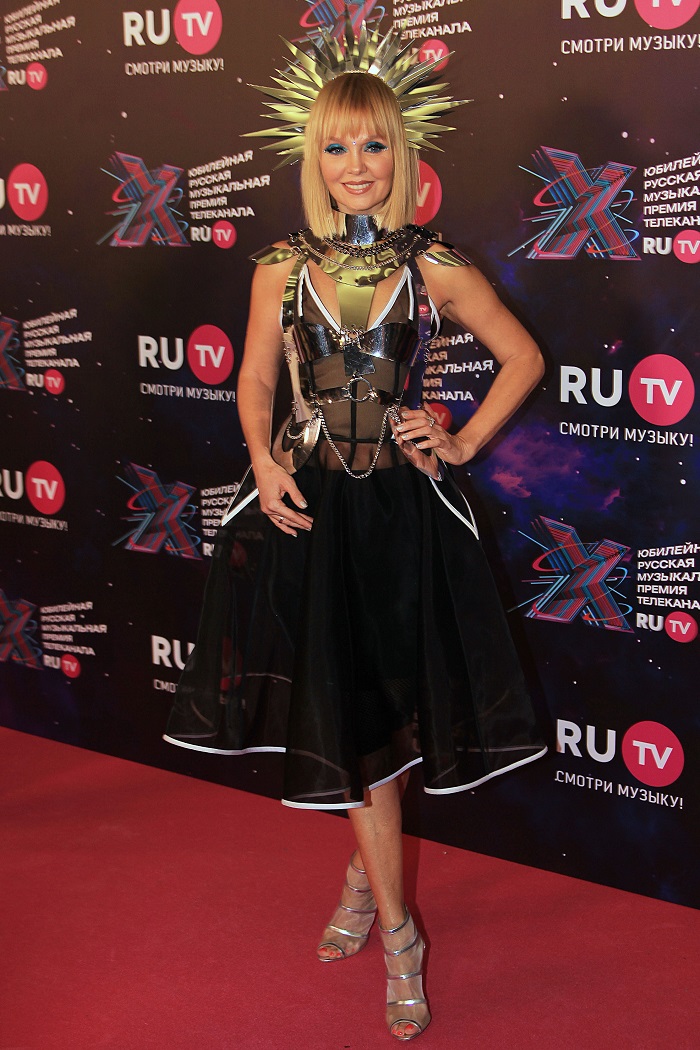 Natalia Podolskaya chose a multi-tiered red dress for the look. Rising star Danya Milokhin, who performed in a virtual duet with Nikolai Baskov, put on some ridiculous metal plates, similar to the early costumes of the Na-Na group. Hannah, sending beams of goodness to everyone around her, appeared on the path in a blue mini-dress that did not hide the beauty of her legs at all. The sex symbol of the Russian stage, Vera Brezhneva, again forgot to put on underwear, exposing her body as much as possible. As the artist admitted, such an image was chosen by her husband, Konstantin Miladze.

There were also those who chose elegance rather than outrageousness. Keti Topuria fully recovered after giving birth, and did not hesitate to demonstrate this in a black bustier dress with a high slit. 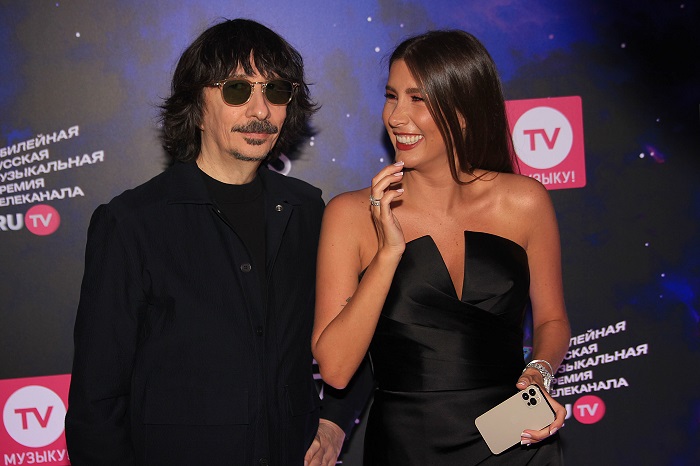 Yulia Savicheva chose a silver dress in the style of the 80s with a beautiful drapery. Anna Semenovich also tried to dress quite modestly in a white suit, but the main advantage of the artist was constantly leaving the jacket. 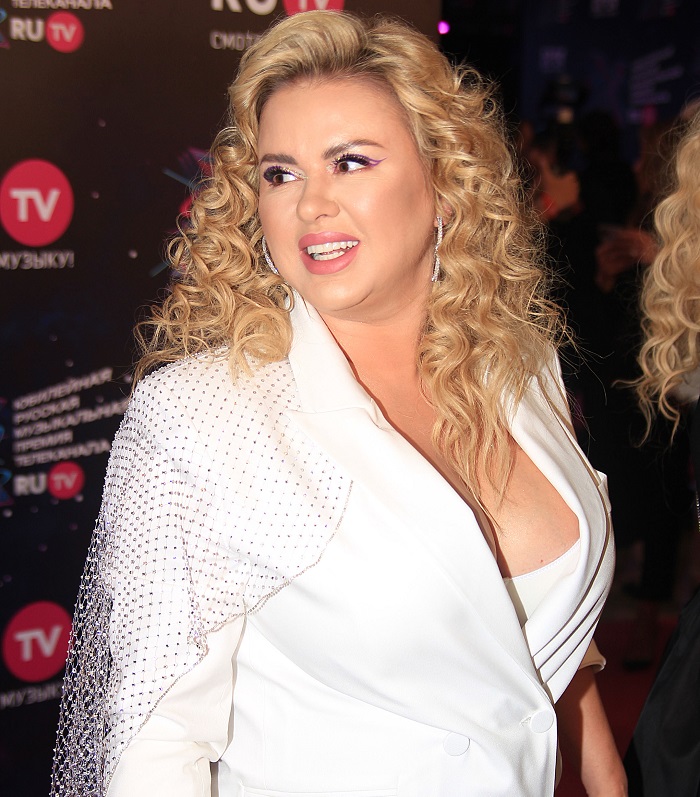 Victoria Bonya chose a black floor-length dress covered with sequins. Kristina Orbakaite chose a classic dress with a pleated skirt and a beautiful print. By the way, on the track, the star was constantly confused with Polina Gagarina because of the same hairstyle and similar outfit.

Vladimir Kristovsky impressed with his stylish look and wide-brimmed hat, and Gosha Kutsenko, apparently, came from the dacha – in a sweatshirt and a red baseball cap. 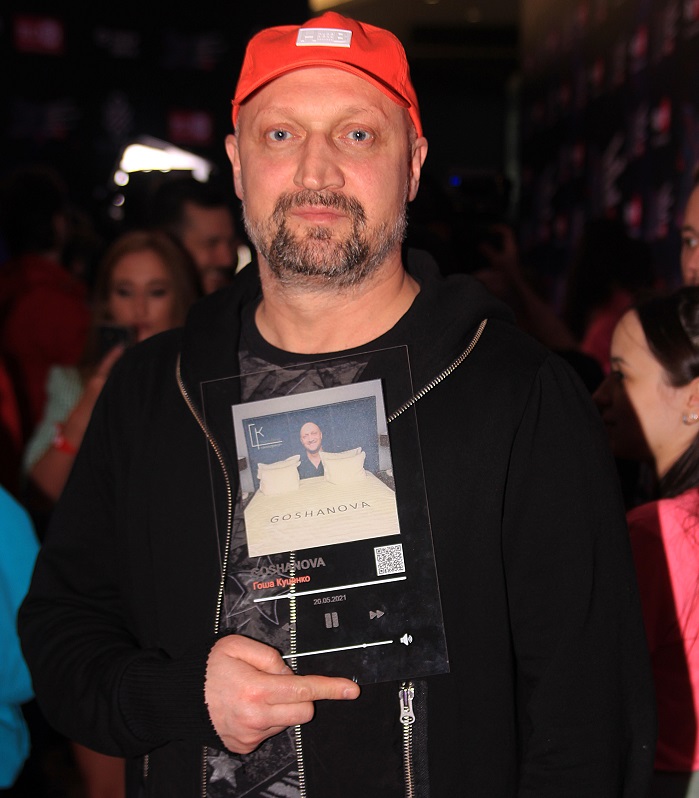 Dima Bilan did not appear on the track, but went on stage in a yellow suit, singing a song about grass with the group “Earthlings”.

Sergey Lazarev decided not to show off, and preferred a classic dark blue suit in a large cage. By the way, the singer had just returned from a trip to Eurovision, where he performed as a guest artist, and complained strongly that all parties in Rotterdam were canceled, and it was only possible to move between the concert venue and the hotel, and even then with a geolocation device.

Yulia Baranovskaya decided to wear a white wig in order to resemble, according to her, Leela from The Fifth Element, apparently forgetting that Milla Jovovich had a bright orange wig.

“Pukhlyash” from Little Big Dmitry Krasilov decided to please the audience not with his outfits, but with his body movements, complaining very much that there is no nomination for “Clip Dancer”.

Most of all, the former “Maldivian husband” Buzovoy David Manukyan, who chose as an accessory … five models in masks, was surprised. In the meantime, the blogger said that he intends to launch his own show “The Bachelor” in the hope of finding himself, at last, a constant companion. However, it was not only he who resorted to escort services: Anna Kalashnikova came in the company of a bodybuilder stripper strewn with sparkles, whom she made to carry herself all over the carpet.

“The RU.TV Award is an event filled with great drive. Hosting such a show is like flying – it will take your breath away! Around the air simply sparkles from the charges of positive energy of artists and spectators who have found each other today ”- admitted the host of the show Elena Sever.

Lena’s company was made up of Alexey Chumakov, Timur Rodriguez and Regina Todorenko, who managed to change several outfits during the show. Dmitry Krasilov talked to the guests in the hall, and famous dubbing actors announced the nominees. The main intrigue was the names of the laureates – the artists who were recognized by the audience vote as the most popular and beloved in Russia.

photo of the author