Meat lovers are twice as likely to get endometriosis

Men have hardly heard of such a diagnosis, but women are well aware of it – this is one of the most common gynecological diseases.

In addition, endometriosis is often the cause of infertility. It turns out that women can significantly reduce their chances of developing this disease by changing their eating habits.

Endometriosis is not uncommon in Russia. More often it is found only inflammatory diseases of female organs and uterine fibroids. This disease is very unusual. Its essence boils down to the fact that something like “satellites” of the uterus appears in a woman’s body. Pieces of the endometrium, as the inner mucous membrane of this organ is called, are brought into the places where they are not supposed to be.

This usually occurs during critical days, when the rejected particles of the mucous membrane, instead of leaving the female body along with the blood, are sent to free swimming. Sometimes, together with the blood flow, they can even reach the lungs, kidneys, intestines and some other organs. But most often, endometrial particles leave near the uterus and settle in the area of ​​the ovaries, fallopian tubes and ligaments, in other structures of the pelvis.

The so-called internal endometriosis is also very common, in which the “satellite” is walled up inside the wall of the uterus itself.

All this leads to serious consequences. The endometrium lives a special life – during the monthly cycle, it undergoes changes dictated by female sex hormones. Therefore, before menstruation, it begins to be very actively supplied with blood, thickens, produces a lot of mucus. This is the preparation for a possible pregnancy. And then, if it does not come, part of the endometrium is rejected. When all these events occur in the uterus, endometrial particles and blood are excreted naturally. But imagine that this is happening in the wrong place, and from where their removal is impossible. The result is local irritation, inflammation and pain. This happens in all foci of endometriosis, regardless of where they are located.

The most common pain is in the lower abdomen. But this is probably not the worst thing for women, because they are faced with similar phenomena every month. Another pain, specific, is very unpleasant. Doctors call it dyspareunia, it occurs in those moments when a woman, on the contrary, expects pleasant sensations – during sex. Pain instead of pleasure negatively affects not only the emotional state of a woman, because of this, harmony within the family is often destroyed. But sterility is even worse for many. According to various sources, it occurs in 10-30 percent of women with endometriosis.

BLOOD FOR BLOOD, FLESH FOR FLESH …

Since the causes of endometriosis are unclear, there is no way to prevent it. Fortunately, the discovery of Italian doctors from Milan can provide some help in preventing this disease. It is very important that the recommendations resulting from this study are simple and easy to implement. Plus, they do not require additional costs for bitter pills. Women only need to become less carnivorous. The fact is that Italian scientists have proven that meat lovers are twice as likely to suffer from endometriosis.

To come to this discovery, they studied in detail the dietary habits of more than a thousand women, whose average age was 33-34 years. 50 percent of them had endometriosis, the other half did not. Scientists divided women into three groups according to the consumption of each product (milk, meat, fruits, vegetables, coffee, alcohol, etc.)see table). 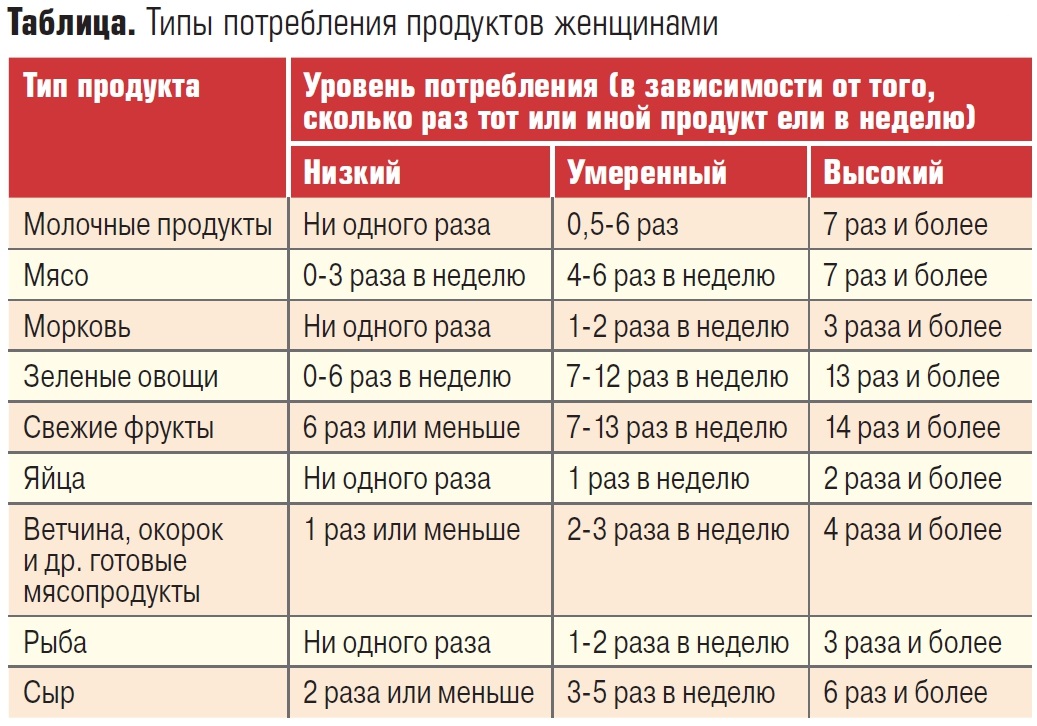 Women who ate meat almost every day (i.e., consumed it at least seven times a week) were twice as likely to develop endometriosis as those who did not abuse it and ate more fruits and vegetables. And for lovers of hams, hams and other types of ready-made meat products, the risk of developing endometriosis was 1.8 times higher.

In comparison, women who ate large amounts of fresh fruits and vegetables reduced their risk of developing endometriosis by about 40 percent. And another interesting observation: the consumption of milk, cheese, fish, carrots, coffee, alcohol and a number of other foods was not associated with endometriosis in any way – they did not affect the risk of its development. This means that you should not give them up or, conversely, stuff them into your mouth through force.

The practical implications of this study are clear. Create your personal table based on the one shown and evaluate how often you eat meat and products from it. If there is a bias towards such a carnivorous diet, adjust your diet. It will be helpful in every way.