Maxim Fadeev, who has lost 100 kilograms, threatened a famous nutritionist with a court 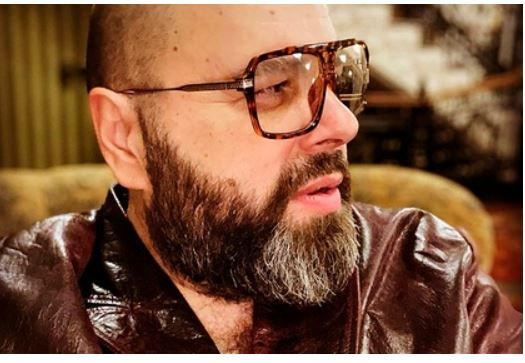 Musician and producer Maxim Fadeev demanded an apology from the famous nutritionist Alexei Kovalkov, who stated that he had lost 100 kilograms not on his own, but with the help of doctors and surgery. Fadeev posted a video on Instagram in which he threatened to sue Kovalkov if he did not apologize for slander.

Fadeev made out Kovalkov’s review, in which the nutritionist says that he is being “torn apart” by journalists asking him to comment on the producer’s weight loss. The doctor called Fadeev’s words that he did nothing special to lose weight as nonsense, only drank 700 grams of warm water in the morning. According to him, it is impossible to lose a centner on your own in a short time without harm to the body. The nutritionist predicted to everyone who tried to repeat Fadeev’s experience, multiple hair loss, lowering of the kidneys and pulmonary embolism.

The doctor believes that Fadeev did abdominoplasty in order to remove excess skin from his hands after losing weight. The musician denied this information and assured that he did not perform any operations and for 1.4 years on his own lost 112 kilograms “according to his feeling and intuition and on the basis of accumulated knowledge about medicine.”

In response to the words of the nutritionist that there was practically no muscle mass left in the legs of the producer, Fadeev strained his calf muscle and filmed it on camera.

The musician also accused Kovalkov of violating medical ethics, saying that he behaved incorrectly towards other pop stars. “You, of course, told yourself a decent amount of time, because everything that you said is a total lie,” concluded Fadeev.

Fadeev’s weight loss began to be discussed in the spring of 2020, when he lost 82 kilograms and began to talk about it publicly. Kovalkov is not the only one who doubted that the producer was losing weight on his own. A whole group of specialists helped the musician to overcome the problem of excess weight, nutritionist Inna Kononenko also spoke out.