Massacre in Karabakh called war of Turkey against Russia

Turkish leader Recep Tayyip Erdogan is waging three wars against Russia. One of them is now blazing in Nagorno-Karabakh. This was stated by the reserve colonel, military expert Konstantin Sivkov.

Erdogan's behavior suggests that strategic planning in Russia is carried out by incompetent people, Sivkov said. He criticized the Kremlin for selling the S-400 air defense complex to Ankara.

The newest system, which should ensure the security of Russia, is in the hands of Turkey, which is pursuing an aggressive policy against our country, the expert laments. According to him, Ankara is fighting against Moscow on three fronts - in Nagorno-Karabakh, Syria and Libya.

The military expert also criticized the Turkish Stream project. Moscow has spent a lot of money on this pipeline, but Ankara is reducing the volume of our gas purchases, Sivkov wonders.

"This suggests that the people who planned such a rapprochement with Turkey and the consideration of Turkey in this aspect do not understand much," the military expert said on the Roy TV YouTube channel.

Let us remind that a sharp aggravation of the conflict in Nagorno-Karabakh took place on September 27. Armenia and Azerbaijan use the whole range of weapons: aviation, tanks, artillery. 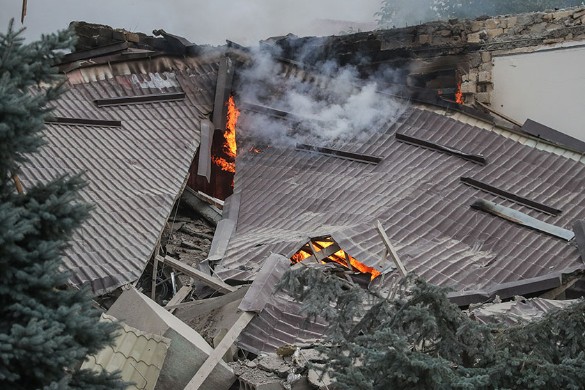 Ankara supplies weapons to Baku. The Azerbaijani army uses the Turkish Bayraktar unmanned attack aircraft. In addition, it is reported that several hundred militants from Syria have been transferred to Nagorno-Karabakh.

Erdogan calls on Armenia to return the disputed region to Azerbaijan. The Turkish parliament stated that they are ready to consider the issue of sending an army to Karabakh, but so far there is no need for this.