Masha Rasputina shared a rare photo with her youngest daughter 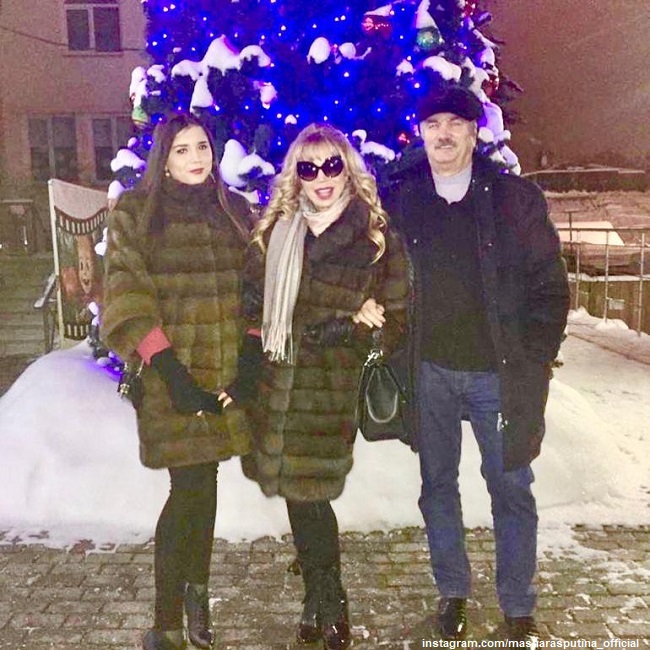 56-year-old singer Masha Rasputina has published a touching family photo with her youngest daughter. Masha with her dimples is very similar to her stellar mother.

The star of the 90s was married twice. In 1985, she gave birth to a daughter, Lydia, from her husband, Vladimir Ermakov. After the divorce of her parents, the girl stayed with her dad. He passed away three years ago. In the second marriage of Rasputina, with Viktor Zakharov, a second daughter was born. Masha named her after herself.

Today the performer of the hit “Tea Rose” boasted of the youngest heiress. Maria, now 20 years old, was captured as a child. The actress posed in a bright yellow outfit and with a “signature” lush styling. The mother gently hugged the child.

“From the family album – with daughter Masha“, – said the singer.

Rasputina’s fans appreciated her rare picture in the company of her daughter. She was compared to a famous mother. Followers noticed common features in the faces of relatives. “Pretty women, and the dimple on the cheek is just super!🔥😍! “,”Health and all earthly blessings to your family. Looks like a famous mom❤️! “,”Masha is a beauty, and now she is a real lady 👍🤗🤗 “,”Mom’s dimples❤️🔥 “,”Family is the meaning of life ”,“ God grant that your girl is happy and loved, just like you, Mashenka! ”,“ Two lovely and charming girls. Why do we see your loved ones so rarely?“They wrote.

Zakharova avoids publicity. The daughter of a pop star is studying at the MGIMO Department of Public Relations. At an early age, she starred in the video of her mother and Philip Kirkorov “Dream”, after which she did not appear on television. Rasputin, on the other hand, loves to be in the spotlight. Masha Jr. grew up to be a real beauty.