Marriage proposal made by a mysterious pensioner, people called vandalism

Residents of Plymouth (England) looked with surprise at the inscription made in black paint on the window of a store temporarily closed for repairs. 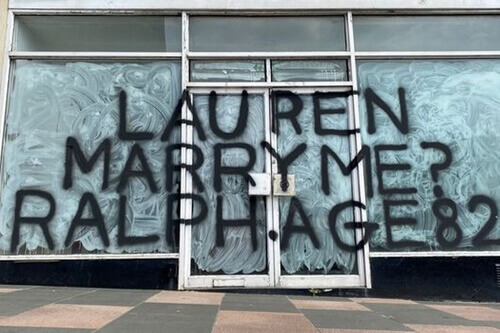 A certain Ralph, aged 82, asked a vital question to a stranger named Lauren, wondering if she would marry him. The trick of the pensioner (according to age) caused a mixed reaction. Someone considered the marriage proposal very sweet, other townspeople are sure that Ralph should have been handed a bucket of water and rags to wash the inscription, because this is vandalism. 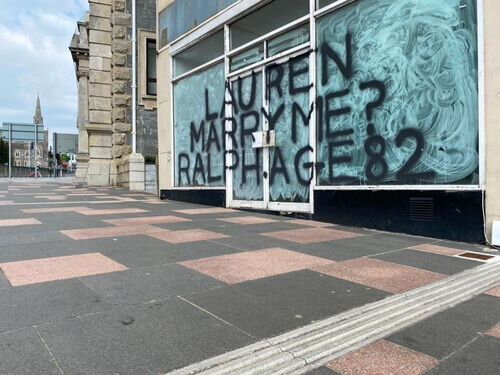 There were also people who think that the proposal is fake. Ralph and Lauren add up to the name of the American fashion designer Ralph Lauren, who, by the way, is just 82 years old.

Using the wrong napkin, the grandmother made her grandson look like Homer Simpson

Comments to Marriage proposal made by a mysterious pensioner, people called vandalism