An expert numerologist with seven years of experience, Mariyana Anael, analyzed the Morgenstern and Dilara matrices last year from the standpoint of their compatibility and suggested that marriage could be in jeopardy in 2022. And in April, the couple really broke up.

In 2021, Mariyana decided to analyze the matrices of two bright personalities – Dilara and Morgenstern. The results and details were posted on her Instagram page.

The Anael matrix displays the main energies of a person’s birth, each of which corresponds to 22 Archetypes (or Arcana). Analysis of the combination of energies allows you to see the unique characteristics of a person. 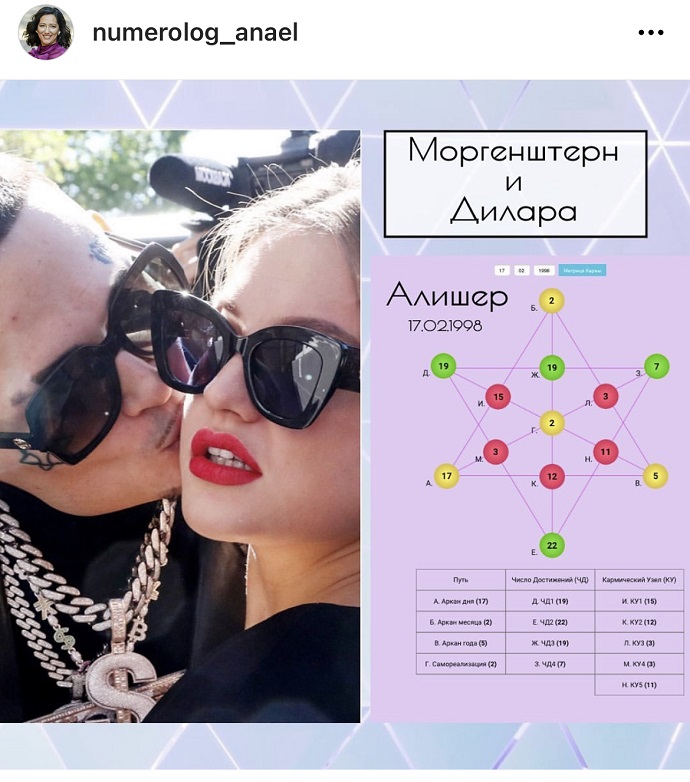 According to Mariyana, Morgenstern was born under Arcana 17, which gave him a chance to become famous. Analyzing the singer’s matrix, the numerologist noted that in the first period he was dominated by 15 Arcana, which gives strong magnetism, 19 Arcana, promising success and popularity, 17 Arcana, denoting creativity and genius. But it is not enough to have energy in the matrix, they need to be realized. And Morgenstern did not miss the chance, bringing his own talents to life at 100%.

In Dilara, the 7 Arcana, which is responsible for leadership, dominates in the matrix. And the girl is really active, purposeful, able not only to set goals, but also to achieve them. At the same time, her aspirations are always of a high level: if the chosen one, then the most brilliant, if popular, then throughout the country, and so on.

From the position of compatibility in the first period, both Dilara and Morgenstern have the Arcana of marriage. According to the founder of the school of numerology “Anael”, the lovers were a family in a past life, and in this one they were attracted in order to work off a debt. That is, they are karmic partners for each other. Analyzing the matrices and making a forecast for the year, the numerologist noted that Dilara in 2021 has 15 Arcana (passion) and 19 Arcana (family) in the first place. There was also the possibility of having a child, but the choice is hers.

Despite such good energies in general, Mariyana Anael focused on the fact that in 2022 lovers may have passions, and the marriage will be in danger of breaking up. On the one hand, the main goal of the family is to attract attention, no matter what, by any means. On the other hand, Dilara’s matrix shows that in 2022 she will want to be alone from time to time, because of which she will tend to show coldness.

A year ago, Mariyana saw possible problems in the relationship between two celebrities from the matrices, but she expressed the hope that love could fix everything. After all, a competent timely response to difficulties helps to understand and support each other in a difficult situation or in case of disagreement, to direct life in the right direction. But the lovers could not overcome the difficulties, and the couple nevertheless broke up. 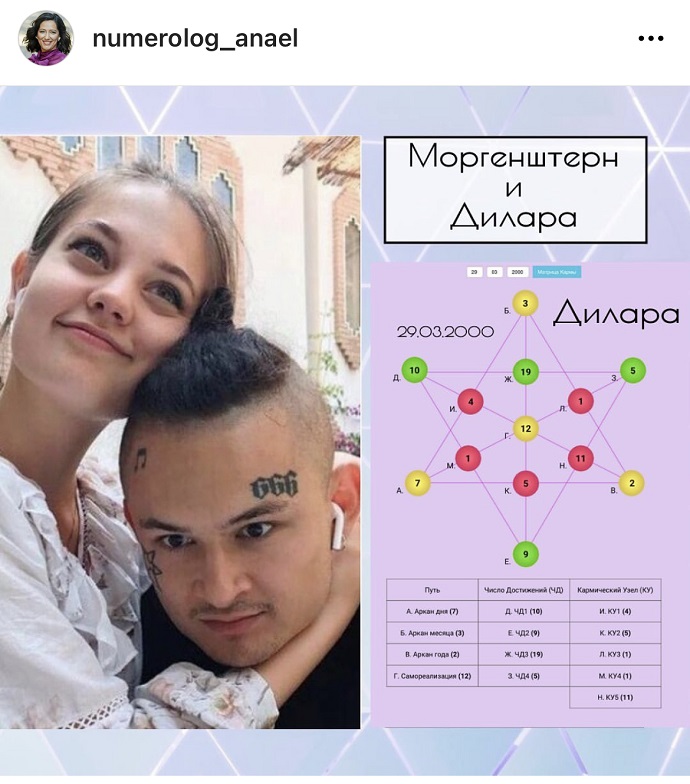