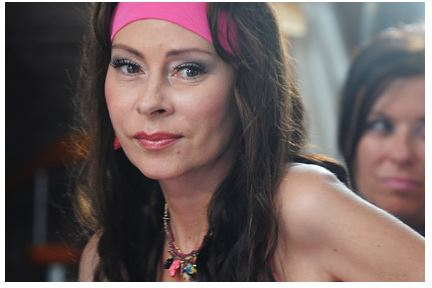 The doctor of the singer Marina Khlebnikova Igor Sharipov spoke about her condition. Reported by KP.RU.

“I don’t want to run ahead, but I managed to cope with the acute phase of traumatic shock – it is stable. All possible complications may lie ahead – that’s another. Now there is a struggle for life – and at the first stage it copes, ”Sharipov said.

According to him, the singer has burns of 20 percent of her body, but they threaten her life. These are burns to the face and respiratory tract. In addition, Khlebnikova is experiencing intoxication. She needs plasma for blood transfusion, added Sharipov.

The fire in the house of Marina Khlebnikova was reported on Thursday, November 18. The flame was extinguished at 22:50. The Emergencies Ministry officers who arrived at the scene carried the singer out of the fire in a state of shock. The artist was given first aid, then she was hospitalized.

According to preliminary data, the fire could have occurred due to an unextinguished cigarette. On the day of the fire, Khlebnikova had just returned from a tour and was very tired. At the time of the fire, her parents, husband, daughter were with her in the apartment.