Marina Khlebnikova decided to talk about her alcoholism 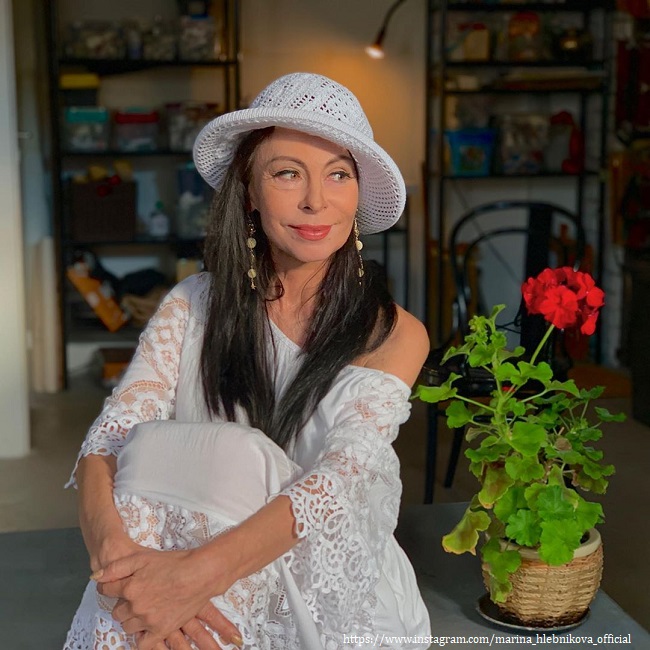 Singer Marina Khlebnikova told where she had disappeared.

The other day, fans of Marina Khlebnikova, performer of the hit "Cup of Coffee", sounded the alarm: their favorite disappeared from all radars. The star has not appeared on social networks for two months, has not been published, and has not given concerts. Fuel was added to the fire by reminders of the artist's problems with alcohol, her incurable illness, the tragedy with the death of her ex-husband - this story was very difficult for the singer.

Marina Khlebnikova made an official address to the fans. She admitted that she had not disappeared anywhere, did not lie, did not drink alcohol for a long time, but was calmly engaged in creativity.

"I have never deceived my listeners. And now I'm not going to do this. For a long period (2-3 years) I was silent, but now I will say only once, but so that for the whole country; friends, I have NOT disappeared anywhere, I am NOT in any clinic 😂, I do NOT drink (for a very long time) and nothing close! My friends and I have been laughing for a whole week at how journalists and all sorts of bloggers (who are only known by what are known) are trying (for some reason) to catch me in something that is not, for the sake of views and attracting an audience to their Internet "magazines" and blogs (note that really serious publications never allow themselves to publish unverified information, so make your own conclusions about these publications). Also, I am amused by the TV channels, which cut off the phone to my press service with a request for comments on this issue.

You just might not know, but such a story repeats itself once every half a year, and every time we find it funny 😂, because everyone from each other simply copies these stuffing, in which everyone for some reason believes.
The summary of my speech is as follows; my friends, my dear ones, I urge you to think with your own head, and not read those black stories that are presented by the media. All the most relevant information about me is here, on Instagram, or in my official pages on other social networks, and you won't find anything fresh anywhere, only rumors and gossip of people who want to get cheap advertising for personal purposes.

Where did Khlebnikova go? Khlebnikova is engaged in her main task - she lives her life in her beautiful family, with her friends (NOT lovers 😂, friends), and of course she does her favorite job - writing and recording new songs (of which there will be a lot of them soon)!”, Said Marina.

"Marinochka, you are always on top ”,“ I am very glad that Marina is doing well ”,“ Marina, no one doubts that you are on top! ”,“ You have nothing to worry about. Your audience hears you through your creativity "," You are super", - write subscribers.

The singer herself emphasized that she is actively involved in creativity, creates and records new tracks, communicates with friends and family, and everything is fine with her.