Marina Khlebnikova complained about journalists who broke into her house

The singer is outraged by the violation of her personal boundaries.

Singer Marina Khlebnikova in social networks reacted sharply to the unethical behavior of the employees of the NTV channel. In the Stories section of her microblog on Instagram, the 54-year-old artist said that today journalists from the Secret in a Million program broke into her house. According to Khlebnikova, employees of the federal channel came to her in order to obtain consent for an interview. This extreme behavior angered Marina, which she did not hesitate to inform the public about.

"So much for television, and there are a lot of such examples when they brazenly invade your privacy!" - said Khlebnikova (the spelling and punctuation of the author hereinafter are given unchanged. - Prim. row.). The singer has no doubts that the journalists had hidden cameras with them. The artist recalled that unpleasant incident when media representatives secretly entered the funeral of her first husband Antonwho committed suicide, and filmed the funeral ceremony for the air of their channel. Marina also expressed confidence that she would definitely be on the “yellow program on TV” if she opened the door herself. 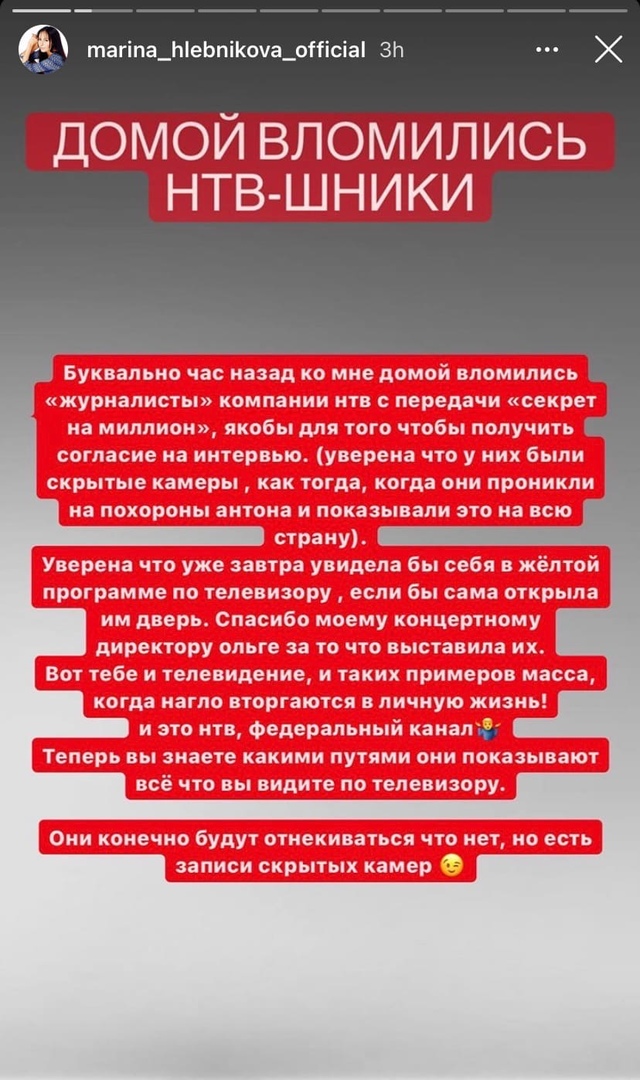 Marina Khlebnikova complained about journalists who broke into her house

Khlebnikova thanked her concert director Olga for her help. The singer noted that it was a colleague who helped her get rid of annoying journalists. “Now you know in what ways they show everything that you see on TV,” Marina concluded her story for fans. In addition, the artist drew the attention of readers to the fact that NTV allows its employees to so grossly violate other people's personal boundaries, despite the status of a federal channel. Marina was immediately supported by her friends.

Recall that Khlebnikova became active again on social networks quite recently. Until the beginning of October, the singer disappeared from the public eye for two months without warning. According to Marina's neighbors, during this period the artist was hospitalized in a drug treatment clinic in an ambulance. However, the singer did not touch on the topic of her disappearance in her first publication in a long time in her personal microblog. Khlebnikova's spokesman also chose to remain silent. And only today, the artist commented on the rumors about her hospitalization. 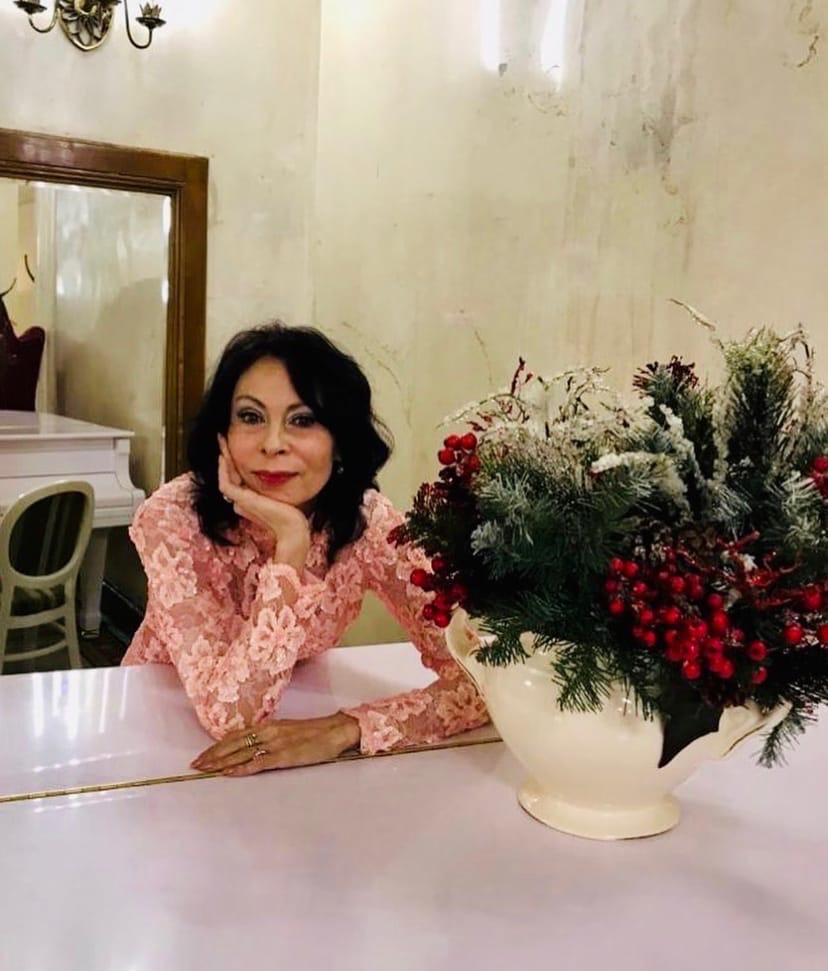 By the way, Marina Khlebnikova is not the only celebrity who has recently remained dissatisfied with the work of magazinesnalists. So, the other day Ksenia Syabitova, daughter of the host "Let's get married!" Roza Syabitova, ridiculed the publication in the media on the topic of her personal life. The 28-year-old heiress of the country's main matchmaker shared with the subscribers of her microblog on Instagram quotes from an article that Ksenia found very funny.

The media reported that the youngest Syabitova went on a trip to Russia with her friends, leaving her newly-made husband. The article clearly hinted that not everything is going smoothly for the spouses in the family. Together with the commentary, Ksenia published a video together with her husband and said that Maxim, her husband, was in his place - at home, like herself. A short video in which lovers kiss and hug each other made it clear that the young couple is doing well in their relationship.

Kai Metov showed a photo of Marina Khlebnikova, emaciated after the death of her ex-husband