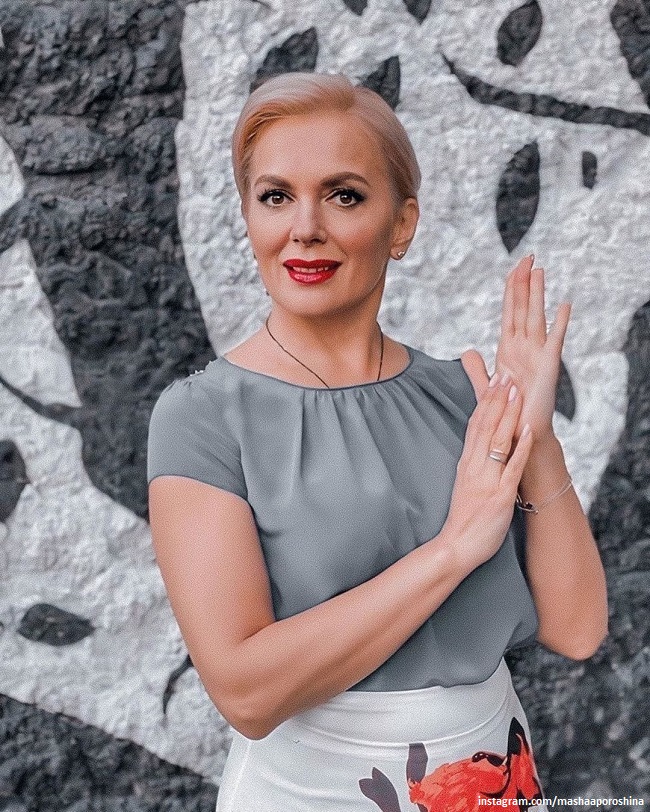 The 46-year-old actress and mother of many children, Maria Poroshina, shared a fresh photo in which she appeared in a new way for herself, which delighted the fans.

Maria Poroshina is quite active in her blog, in which she periodically shows her children and talks about upcoming premieres. There are not too many staged shots on her Instagram. But a new photo, in which the star appeared in an unusual style for herself, is easy to imagine on the spread of some glossy publication.

On September 11, the celebrity shared a snapshot with fans in which she demonstrated a casual image that was relevant for autumn. Maria picked up one of the most fashionable styles of outerwear this season - a blue cocoon coat. The basis of the look was made of straight jeans from dense denim in deep blue color and a red turtleneck. The image was complemented by cognac-colored suede boots, the tone of which was perfectly combined with the leading cold outfit range.

A beige shoulder bag and discreet jewelry helped to complete the stylish and practical look, while styling and makeup in warm shades of brown added the final touches to the bow.

The subscribers of the star enthusiastically reacted to the artist's new style: “Young, beautiful, romantic "," Stylish! "," I didn't even know at first "," How everything suits you "," You are so wise, kind, bright woman that I want to admire you again and again! "," Maria, you lovely in every way".