Maria Poroshina got pregnant immediately after a breakup by Ilya Drevnov 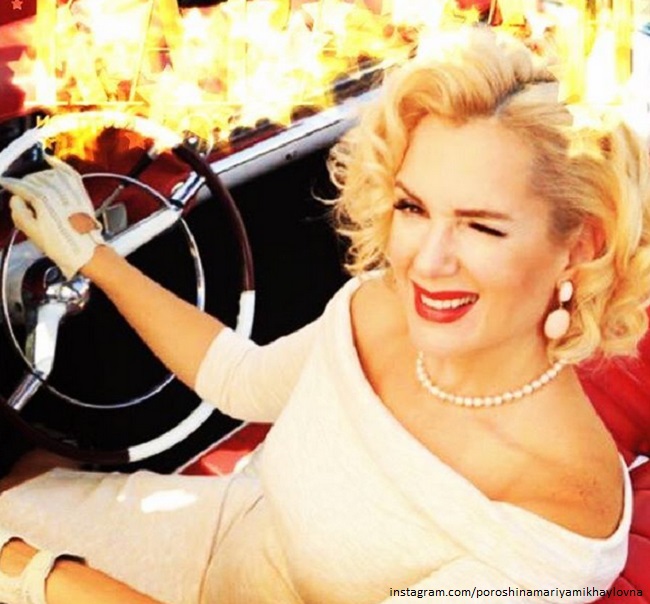 Actress Maria Poroshina divorced after seventeen years of marriage, and soon her son was born.

"I got pregnant with my son five months later, after parting with Ilya, "admitted the 46-year-old actress, noting that does not communicate with the kid's dad.

Today Maria is a single mother with four younger heirs. The eldest daughter Polina, born in Union with Gosha Kutsenko, is already adult and lives separately. Currently she is the chief assistant Poroshina, because her mother, actress Natalia Krasnoyarsk and are unable to nurse long-awaited grandson.

"She was with me in the hospital for several days, and I did not let her away as if wanted to enjoy our time together in these tough, but happy moments. Mom passed away unexpectedly, she was 70 years old. He led a healthy lifestyle. No one could ever think that it was this disease. As it turned out, high blood pressure was the first bell, but we didn't know. Mom was baptized, and the next day she fell asleep and never woke up. I didn't understand what it's coma and the final..."— admitted the actress on "the Destiny of man" channel "Russia 1".

Since the tragedy more than a year, but Poroshina still can't believe is not there.

"Mom forced me to Wake up, Wake up, do a lot of things. Thanks to her I'm holding on and doing everything to not fall into sadness and despair. Having lost my mom, I realized that we needed to communicate more and give each other lots of love. This loss to our family is irreparable. Don't think me crazy, but I often feel her gaze on himself"—said Maria.

Today, the actress advised fans to take care of loved ones and not to be angry at them for nothing, because in life anything can happen. "A young I would advise to remember the roots, to respect the loved ones, because time is so short," she concluded.