Maria Kozhevnikova was criticized for a candid outfit 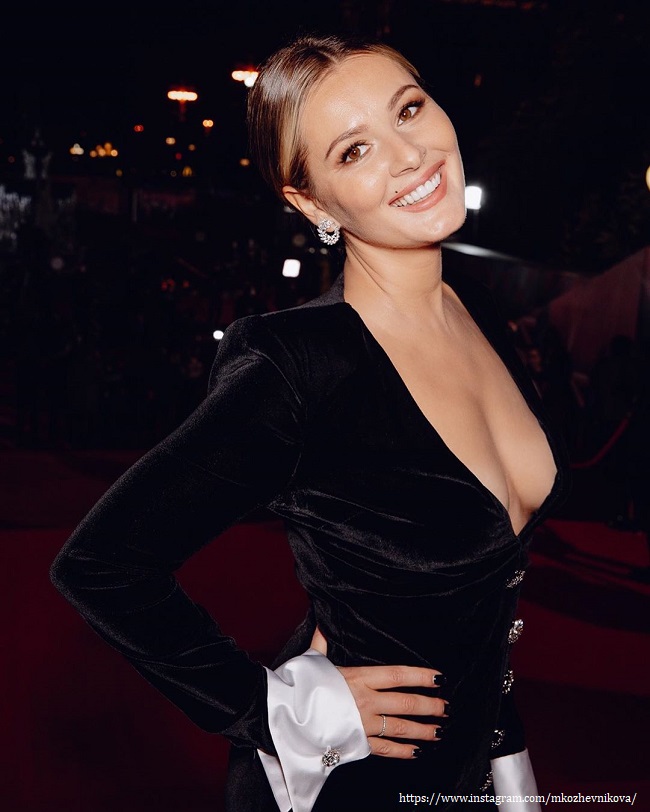 Actress Maria Kozhevnikova chose a spicy outfit for the publication.

The other day in the capital took place the closing of the next Moscow International Film Festival. There were not so many high-profile social events this year, and here the whole world of Russian cinema has gathered. For obvious reasons, there were no foreign guests.

Maria Kozhevnikova became the real star of this evening. It was all about her dress. The actress chose a designer dress made of black velvet to the toes. With a high slit and deepest neckline that did not hide the ideal shape of the star's chest.

It was about the latter in the network that they began to be indignant. Whatever epithets they wrote to Mary! One of the most polite and negative ones was: “Not suitable for a mother with many children!"

But Maria herself thinks differently: “Yes, a little daring dress for a large family? mothers, although it seems to me the number of children? is it yet? a couple of trump cards? in my pocket! "

By the way, many, despite the criticism, nevertheless agree: Kozhevnikova has such ideal forms that they must be shown. And the number of children has absolutely nothing to do with it!