Maria Golubkina shared a rare photo with her parents, Vysotsky and Vladi 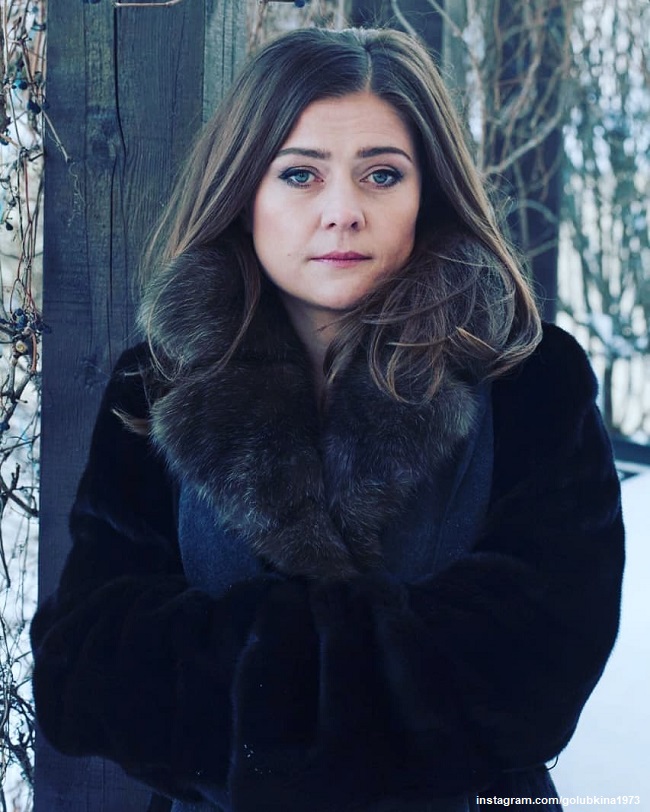 47-year-old actress Maria Golubkina published a rare frame from the family archive, which captures the meeting of her mother Larisa Golubkina and stepfather Andrei Mironov with Vladimir Vysotsky and Marina Vlady.

Maria Golubkina was born into a creative family. Larisa Ivanovna received deafening fame after the release of the film “The Hussar Ballad” in 1962. The artist was surrounded by talented and famous people, and her only official husband was Andrei Mironov. The performer of the role in the comedy “The Diamond Arm” adopted Maria as his own daughter.

She is sensitive to the memory of her stepfather. Golubkina showed a photo in which her parents posed together. The picture captures the moment of a cozy evening. Choreographer Kirill Laskari, dressed in a peach sweater and black trousers, smiled thoughtfully. Next to him was one of the most beautiful couples of the Soviet Union – Marina Vlady and Vladimir Vysotsky.

The actress of the film “The Witch” tried on a red shirt, beige vest and turquoise trousers. The French film star has gathered her hair in a bun and unbuttoned several top buttons. Vladimir Semenovich appeared in his favorite image: a black turtleneck, the sleeves of which he prudently rolled up, and checkered trousers. The author of the song “Picky Horses” was holding a guitar in his hands.

On the left hand of Vysotsky sat Larisa Ivanovna, and Mironov sat on the arm of the sofa. He appeared in a jacket, sweater and bell-bottomed trousers. Andrei Alexandrovich hugged his wife. In the caption to the photo, Maria revealed an interesting detail.

“In the photo: Kirill Laskari, Marina Vladi, Vysotsky and my parents. Everyone is under the influence except V.S.. “, – Golubkina commented on the photo.

The fans thanked her for such a shot, by the way, taken in 1978. “Always wanted to know if these two outstanding people met? And then the whole family! cool!❤️❤️❤️ “,”Masha, thanks for the photo. Super! ”,“ Andrey is funny ”,“ What a live photo. Young, happy. The whole life is ahead ”,“ Legendary company ”,“ Thank you for such a priceless photo, very touching, it warmed my soul. ☺️🔥👏🌹🌹🌹 “,”Bravo! This is a rare photo “,” It is not a sin to overturn a glass in such a company “,” Vladimir Semenovich is not very recognizable“, – said the fans.

Larisa Golubkina lived with Maria’s father, screenwriter Nikolai Shcherbinsky-Arsenyev, for five years in an unofficial marriage. After parting, the man assured that his heiress was actually the daughter of the former head of “Mosfilm” Vladimir Dostal. But Larisa Ivanovna denied it. In her youth, Maria was sure that Mironov was her own dad. The People’s Artist of Russia adopted the girl when she was still very young. In the footsteps of the famous father, both Golubkina and his daughter from Ekaterina Gradova, Maria Mironova, followed.