Maneskin Group will perform in two cities of Russia in 2022 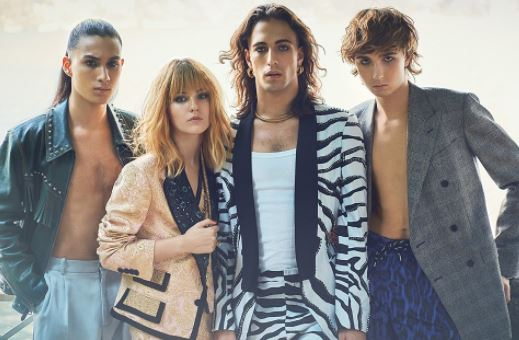 The Italian band Maneskin has scheduled concerts in Russia as part of a world tour. The stars announced in which cities the performances will take place.

The winners of the Eurovision Song Contest Maneskin are preparing to conquer music venues in 16 countries. The artists also planned a trip to Russia: the performance in Moscow will take place on March 9, and in St. Petersburg – on March 11. The announcement of the concerts appeared on Instagram Maneskin.

Concerts will also take place in Kiev, London and 20 other cities. It is worth noting that fans were delighted with the news of the Italian stars’ tour. Some jokingly said that it was “time to sell the kidney” for tickets, while others were surprised to find their cities on the list of planned tours.

The concerts are scheduled for 2022, despite the fact that recently the Maneskin members found themselves at the center of a scandal in Russia. So, recently the musicians gave a performance in Moscow. Singer Maruv was supposed to sing as an opening act for the artists, but the organization of the private concert ran into problems, because of which the number of the star was repeatedly postponed. As a result, the artist refused to perform in front of Maneskin.