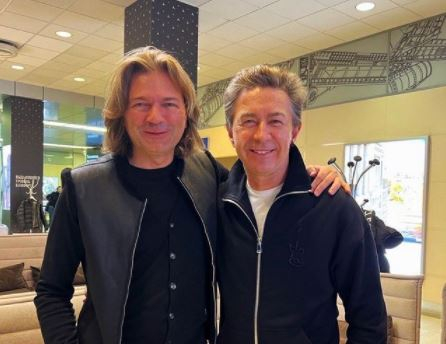 Malikov wished his fans a carefree New Year. The musician said that the photo was taken in the morning, when he and a colleague were a little swollen, but “funny and real.”

Fans of the singer’s creativity were surprised by the appearance of the musician. They advised him to keep an eye on his health, exercise, and drink alcohol in order to look his best. Some, judging by the comments, amused the picture.

Later, the 51-year-old singer and composer summed up the results of 2021 on Instagram. According to him, the year was contradictory. He noted that he had become less likely to communicate with many friends. Malikov added that he feels the potential and does not intend to give up in 2022.

Earlier, Malikov’s daughter Stesha shared a romantic joint photo of the artist with his wife Elena Izakson, who rarely appears in public, despite her husband’s popularity. In the picture, the celebrity’s wife appeared in her daughter’s outfit.