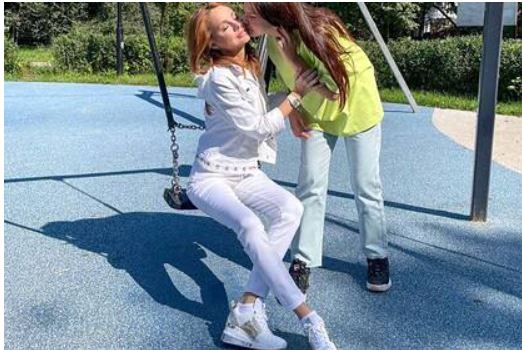 Singer MakSim (Marina Abrosimova) published the first photos with her daughter after leaving the hospital and amazed subscribers by her thinness. The artist shared her new shots on her Instagram page.

In the photo, Abrosimova poses while walking around the park with her eldest daughter Alexandra.

The pictures show how much the singer lost weight during her time in a medical coma. Fans of MakSim were surprised at her thinness and expressed their opinion in the comments. “So thin as a porcelain doll”, “How did you lose weight, recover sooner”, “So fragile, even in white,” the fans wrote. According to the star, she weighs 43 kilograms, but quickly gains weight and bounces back.

In June 2021, it became known that the singer was hospitalized with 40 percent lung damage. After a while, she was put into an artificial coma. In early August, a spokeswoman for MakSim announced that the singer was conscious and on the mend. Ten days later, the artist was discharged from the hospital.