Making a proposal to his beloved, the gentleman hardly took out the ring from the pocket of tight jeans

When Libby Meyer received a marriage proposal, she not only experienced great joy, but also received a lot of cheerful emotions. 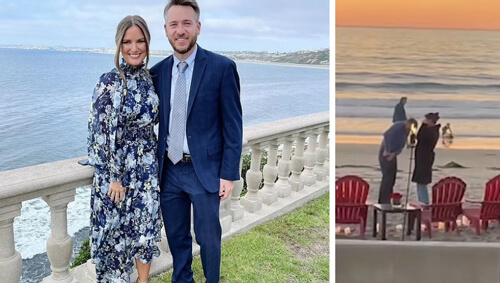 The touching moment, filmed on video on the beach in San Diego (California, USA), was diluted with a bit of comedy, because at the most crucial moment Ryan Lamont realized that he could not get the box with the vital ring out of the pocket of tight jeans. 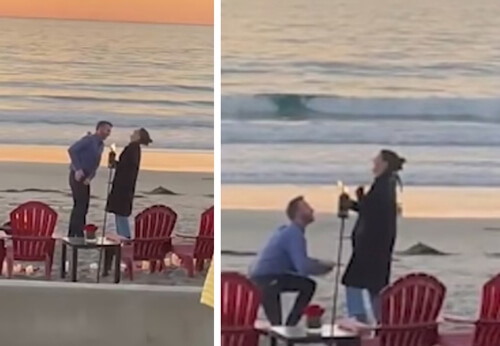 Libby said “yes” to her beloved, although now and then she continued to giggle at embarrassment. Later, the woman admitted that she herself was to blame. She and her relatives went to a restaurant on the beach, and the lady saw that the gentleman was dressed up in formal trousers. Libby asked why Ryan was so undressed, and the man, in order not to arouse suspicion, changed his trousers to jeans, but did not take into account their narrowness and further torment with the ring.

Internet users not only laughed at the romantic curiosity, but also wished the future spouses happiness. Many people are sure that a marriage that begins with a cheerful laugh will be friendly and strong.