Magpies, lying on the ground, did not get sick, but sunbathe

Seeing these two forty, Daniel Howat from Barton (Australia) was even frightened at first. The sight really seems depressing. 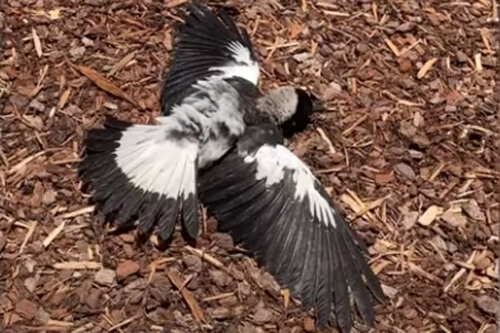 The man noticed a bird and its grown-up chick, which, spreading their wings, lay prone on the ground. Near forty, several worried passers-by stopped, who began to confer on how to help the sick poor fellows. 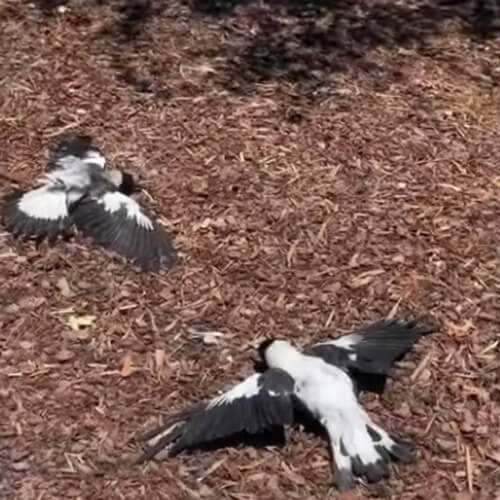 However, nothing of the kind was required, because the birds did not get sick at all. It turns out that the feathered heroines of Daniel’s video were just sunbathing. After such information, the footage looks completely different and makes many viewers smile.

Homeowners did not regret having arranged a birdbath in their garden