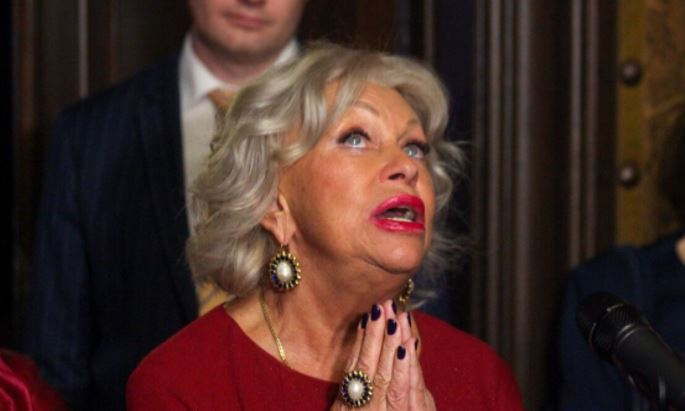 Actress Lyudmila Porgina is surrounded by male attention, but is not ready to enter into a new relationship. The star still cannot move away from the death of her husband.

Porgina recalls with admiration her late wife Nikolai Karachentsov. She does not see anyone equal to him in intelligence, in knowledge of poetry, painting, music. And even after the death of her husband, Lyudmila Andreevna continues to “communicate” with Karachentsov.

“I wake up, open my eyes, and before me hangs a huge portrait of him. I ask him: “How are you there? Are you flying? I’m fine too, while I’m alive! ” I’ll talk to him and go to do business. I try not to sit around, because Kolya taught me to live life to the fullest. Even after his death, I have to do it, “- said the actress in an interview with the publication” Sobesednik.ru “.

She, according to the actress, is looked after by many, including millionaires. The star is not interested in money, it is important for her to find a person with whom it would be interesting and comfortable. While there are no such men on the horizon, the 72-year-old actress does not plan to go down the aisle.

Nikolai Karachentsov died in October 2018. The artist died on the eve of his birthday due to kidney failure. The last years of his life, he struggled with the consequences of a terrible accident, which he had in 2005.