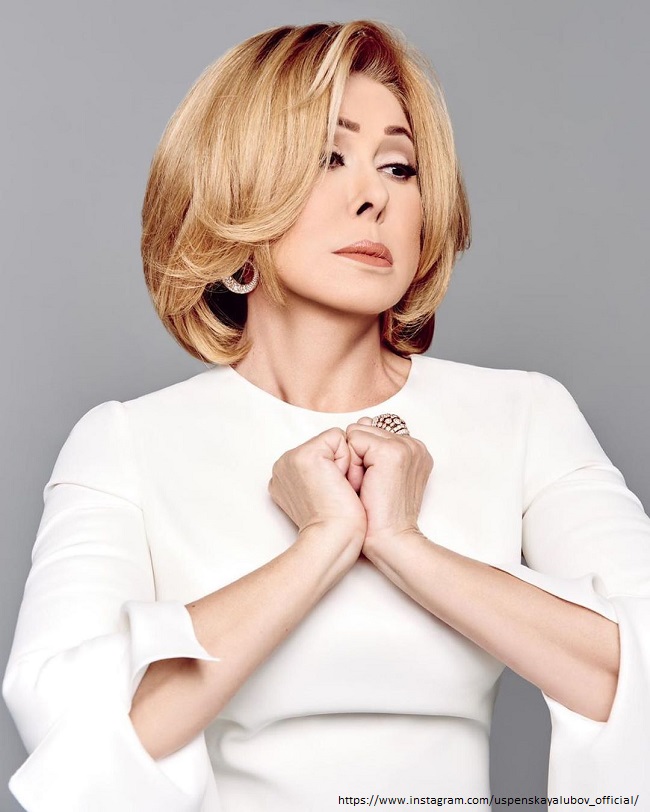 The artist admitted that she grieves for the former chosen one. Their story ended many years ago, but Yuri remained a significant man for her. Later it turned out that cancer was the cause of the musician's death. The farewell ceremony for the musician took place in the USA.

"Yuri Uspensky - the man who gave me my surname, went with me all the way of emigration, was a talented person. Eternal memory, we grieve ..."- she wrote.

Uspensky became the second husband of Lyubov Zalmanovna. He was the administrator of the orchestra, they met on a professional basis. Despite the fact that they were both not free, they began an affair. Later, the beloved proposed to the star, they emigrated to America together. However, the marriage was short-lived: Yuri was very jealous of the singer.

Later, the musician married another woman. According to Uspenskaya, Yuri's wife until the last could not come to terms with the fact that the artist bears his name. "His wife insisted that he take my last name", - the singer admitted in the program" You Won't Believe It! " on the NTV channel.

Recall that Ouspenskaya herself got married four times. She first tied the knot at 18. Arranger Viktor Shumilovich became her husband. The couple broke up due to the tragedy: being pregnant, the singer fell and lost her children. The ex-spouses could not survive it together. The third husband of the star was Vladimir Franz. Ouspenskaya had known a wealthy man for a long time, but expensive gifts did not awaken deep feelings in her.

After another divorce, the singer met Alexander Plaksin. The businessman married Uspenskaya, and after that she gave birth to his daughter, Tatyana. However, even here the artist failed to create a family idyll. In particular, this was reflected in her relationship with the heiress. At some point, Lyubov Zalmanovna decided to cut off all communication with the girl, citing Tatyana's insane state.