Lukashenko spoke about the amendment of the Constitution: I will not prolong my power

The All-Belarusian People’s Assembly will not change the Constitution of the republic, President Alexander Lukashenko promised. According to him, he is not going to prolong his power.

The convocation of the All-Belarusian People’s Assembly is scheduled for early next year. This is an unconstitutional body. It determines the socio-economic development of the country for the next five years.

Earlier, the expert community suspected Lukashenka of intending to register VNS in the Constitution of the republic. According to analysts, Batka may leave the presidential post and move to the post of head of the VNS with extensive powers.

Lukashenko, in the course of communication with the staff of the Republican Scientific and Practical Center for Pediatric Oncology, Hematology and Immunology and media workers, tried to dispel these rumors. He promised that the ANS would not have “frenzied powers”.

According to Lukashenka, he is not going to prolong his term in power through the post of head of the Presidium of the All-Union National Assembly. The issue of introducing the assembly into the Constitution has not yet been resolved, the head of state added.

The main thing is to cope with economic problems, the Belarusian leader noted. According to the president, he is not afraid of protests. “If they don’t cross the red line, they will walk. If they cross, they will receive it,” BelTA quotes the head of state. 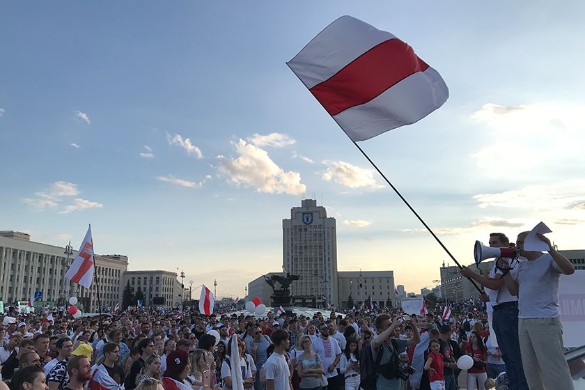 Protests in Belarus have continued since August 9. The opposition does not recognize the re-election of Alyaksandr Lukashenka for the sixth presidential term and considers the elections rigged. The European Union imposed personal sanctions against him.