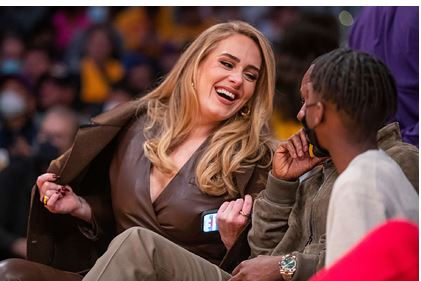 British singer Adele, who lost 45 kilograms, came out and received criticism from netizens about her appearance. Relevant photos and comments appeared on the Daily Mail.

Paparazzi captured the 33-year-old celebrity during a baseball game between the Los Angeles Lakers and the Golden State Warriors at the Staples Center in Los Angeles on Tuesday October 19. The star was dressed in a brown leather suit, consisting of a jacket and trousers, black high heels and a Louis Vuitton fur coat worth 3900 pounds (383 thousand rubles). Her image was complemented by a small bag of the same brand for 1660 pounds sterling (163 thousand rubles), gold earrings and rings.

Netizens criticized the image of the performer in the comments below the material. “Disgusting face. Terrible voice. She’s a bad person ”,“ I never liked her. When she lost weight, she became even scarier than before ”,“ Terrible face. She pisses me off ”,“ How could you dress so tastelessly? Everything is expensive, but it looks like a homeless person ”,“ A nasty aunt with wrinkles, ”they wrote.

Earlier in October, Adele was featured on the cover of the new UK edition of Vogue magazine. The celebrity posed for the first spread in a bright yellow Vivienne Westwood corset dress with a deep neckline, which the brand’s designer made specifically for the photo shoot. The image of the pop singer was complemented by a brooch from the Tiffany jewelry house, bright makeup and voluminous styling.