"Levada Center": 2020 turned out to be the most difficult year for the Russian Federation in its entire 30-year history 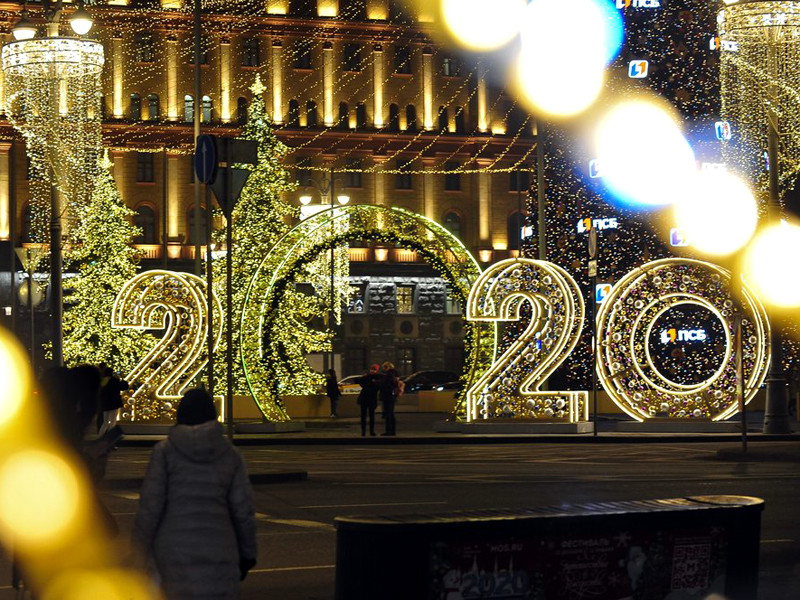 According to the survey results, for the first time since 1991, 88% of Russians called the outgoing year more difficult for the country than the previous one. 65% of those surveyed said that this year was more difficult than the previous one for them personally and for their families, which in turn was the highest figure since 1998, when 79% said that the year was more difficult for personal and family well-being. In addition, 27% of participants in the new study reported that 2020 was the same year for them and their families as the previous year. Only 5% answered that the year has become easier for them.

The relative majority of Russians (47%) considered that 2020 was generally unsuccessful (successful – 44%). A year ago, the proportion of those who called 2019 successful was 61%, and only 29% unsuccessful.

The majority of Russians noticed a deterioration in the situation in such areas as the general standard of living (64%), the work of educational institutions (60%), the work of medical institutions (57%), the ability to earn good money (59%), the state of the environment (44%) and attitudes. with NATO countries (45%).

Among those who are dissatisfied with the education system were mainly women of the age of mothers and grandmothers, says Alexei Levinson, head of the Levada Center’s sociocultural research department, in a VTimes publication. Some of them even see a political subtext in the educational crisis: “The President said, they say, there are too many people with higher education, and who will stand at the bench? So they train those who will not reach for higher things. Who will be simpler in mind.” Other respondents add: “The dumb ones are easier to manage, so they raise generations that will be easy for them to rule.”

In such areas as the work of law enforcement agencies, the activities of the media, interethnic relations, the influence of people on government affairs, personal security, the fair distribution of material wealth and the ability to freely express their opinion, most Russians did not see much change in 2020.

The survey was conducted on December 18-20, 2020 among 1609 people aged 18 and over. The research was conducted by the method of telephone interviews on a random two-core sample. The statistical error does not exceed 2.4%, Levada Center notes.

The Levada Center (Yuri Levada Analytical Center) is a non-governmental research organization. The center’s team of specialists was formed in 1987-1989 under the leadership of Tatyana Zaslavskaya, Boris Grushin, Valery Rutgeizer and Yuri Levada and until 2003 worked at VTsIOM. In 2003, the entire staff, disagreeing with the change of leadership (the board of directors of VTsIOM, consisting of representatives of the state, dismissed Yuri Levada), left VTsIOM, moving to the non-state center for the study of public opinion VTsIOM-A, which they created. After the Federal Antimonopoly Service of the Russian Federation banned the use of this name, the organization was renamed the Yuri Levada Analytical Center (“Levada Center”).

By the decision of the Ministry of Justice of the Russian Federation dated September 5, 2016, the Center was included in the register of non-profit organizations performing the functions of a foreign agent. The decision was made as a result of an audit carried out at the request of the co-chairman of the Anti-Maidan movement, United Russia and a member of the Federation Council Dmitry Sablin.

The director of the Levada Center, Professor Lev Gudkov, noted that the organization that received the status of a foreign agent was threatened with complete liquidation. “I’m not talking about the inevitable reduction in funding opportunities for our work. But the label of a“ foreign agent, ”which in our country is understood exclusively as synonymous with“ spy ”and“ saboteur, ”blocks the conduct of mass and other social polls. Soviet times, paralyzes people, especially those related to state structures – education, medicine, management, etc. In a number of regions we are informed that employees of state institutions are prohibited from contacting representatives of organizations labeled “foreign agents”, he stressed.

In 2020, the activities of the Levada Center continue to displease the Kremlin. In April, the Levada Center published the results of a poll, according to which Russians began to feel worse about Vladimir Putin, who defends the interests of oligarchs and security officials.

And at the end of March, the Levada Center found out that 62% of Russians are in favor of the age limit for the president and do not want new presidential terms for Putin. And at the end of February, a poll showed that only a quarter of Russians are ready to vote for the amendments to the Constitution, which were nevertheless adopted and secured for Putin the opportunity to sit back in the presidency.

After such studies, the new leadership of Vedomosti, close to the Kremlin, banned the publication of polls by the Levada Center and criticized the “zeroing” of Putin’s terms. “The Kremlin administration has always been hostile to us and to our research. They also put us on the register of foreign agents, they consider us spies. So it’s sad, but not surprising, the field is narrowing. It’s a pity, of course,” Lev Gudkov explained.