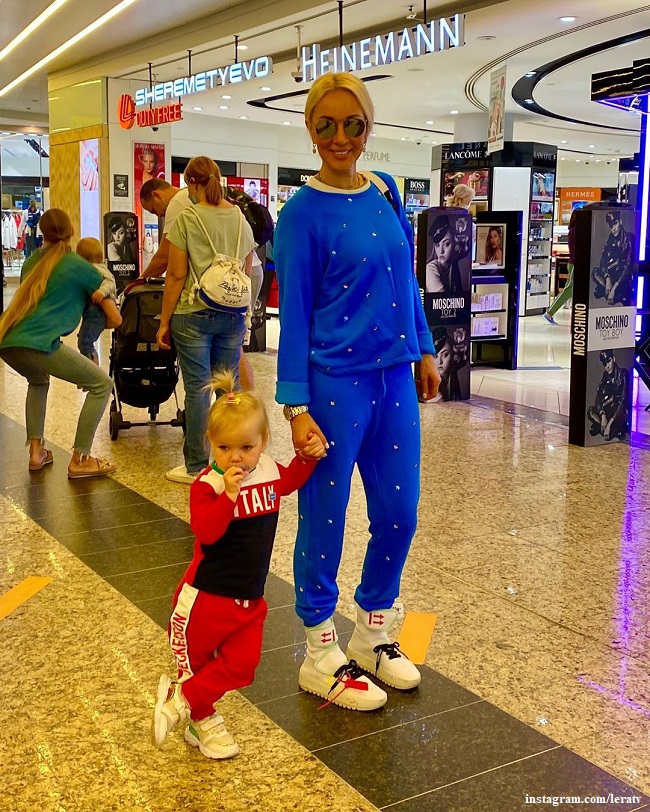 TV presenter Lera Kudryavtseva presented a children's kitchen for her daughter Masha's birthday, in which the baby feels like a real mistress. The NTV star showed how her daughter deftly handles the microwave.

Lera Kudryavtseva, together with her husband, hockey player Igor Makarov, is raising a 2-year-old daughter Masha. The star mom is happy to share moments from the child's life. This time Lera Kudryavtseva decided to show the fans what kind of toy kitchen they gave her daughter for her birthday.

Masha posed in the nursery, in the toy kitchen. A little hostess in a gray suit was frolicking next to the microwave. The baby sent an empty cup there. "What's cooking there?"- asked Kudryavtseva. "There's nothing... "- said the young blonde, and then switched on and off the" oven "again.

Recall that the TV presenter in 2013 married the hockey player Igor Makarov. The star couple dreamed of children for a long time. Lera Kudryavtseva even agreed to IVF. And on the third try everything worked out. On August 9, 2018, their daughter Masha was born. However, after a happy event, the TV presenter had to endure a miscarriage. The celebrity believes that her body simply could not stand it. He was very weak after IVF and a difficult pregnancy. The TV presenter's little daughter and husband helped to survive the miscarriage.