Leonid Barats became a father of many children 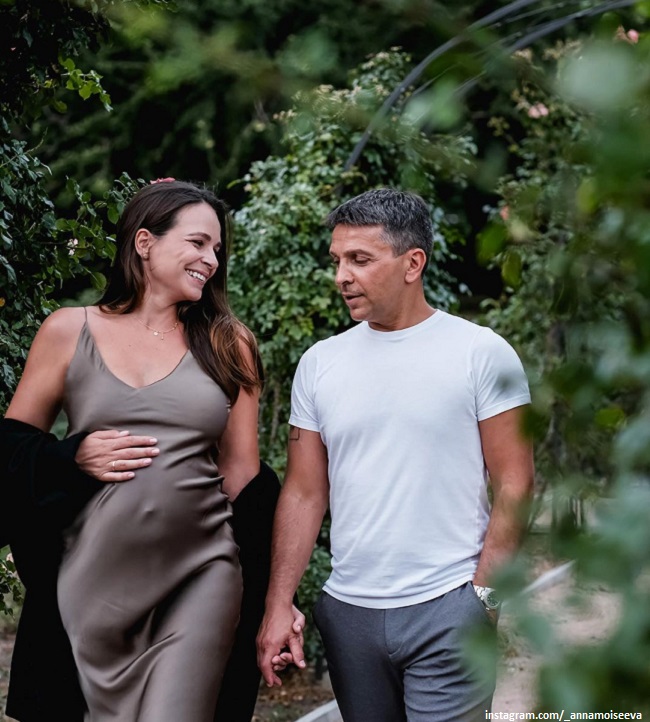 The star of "Quartet I", 49-year-old actor Leonid Barats said that his second wife Anna Moiseeva gave birth to a son the day before.

In early August, Leonid Barats said that he would soon become a father for the third time, and that, together with his wife Anna Moiseeva, he expects a replenishment in October. Also, the star of "Quartet I" shared that he already knew the sex of the child, and noted that he wanted to name his son Mark, Yegor or Daniel.

Today Leonid Barats shared the good news with fans - yesterday Anna Moiseeva gave birth to a son. They decided to name the boy Mark. The actor admitted on Instagram that the birth was not easy. Leonid expressed gratitude to the workers of the maternity hospital in which Anna gave birth, and wished his son that in later life he would meet only such polite and kind people as the doctors of the clinic.

"10/10 2020 Mark Barats appeared (4040 gr 55 cm) It was not easy to appear. It's clear that Mom and Mark were the main characters. Anya was doing well! And Mark tried and did it. But there were people who did everything to make this process as easy as possible and calm.", - said Leonid Barak.

The actor's wife, in turn, also shared a photo from the hospital and announced the birth of her second son.

"Behind this only frame of mine at this moment, there was an almost apocalypse🙈 I manage to give birth to wonderful guys on amazing dates. Oleg 3/03/03, Mark 10/10/2020. Thank you for your congratulations. Thanks to Mark for coming to us with Lesha. Thank you to the hospital that everything was fine with both of us❤️ ", shared the newly-made mom.

Recall that Leonid Barats has two adult daughters from a previous marriage with actress Anna Kasatkina. The couple have been together for over twenty years. The novel of Leonid and Anna began during their studies at GITIS. One of Barats's daughters, Elizaveta, is currently 26 years old, and the youngest heiress, Eve, is 17. The pair of Leonid Barats and Anna Kasatkina was considered one of the strongest in Russian show business. Anna even worked with Leonid. She appeared in the film and theatrical production "Radio Day" and in the comedy "What Men Talk About". However, in 2015, the couple announced a divorce. The reason for the separation of Kasatkina and Barats was the actor's hobby for Anna Moiseeva.

It is known that Anna Moiseeva is a participant in the international beauty contest Mrs Globe 2016. The girl is raising a son from her first marriage and is fond of psychology and a healthy lifestyle.