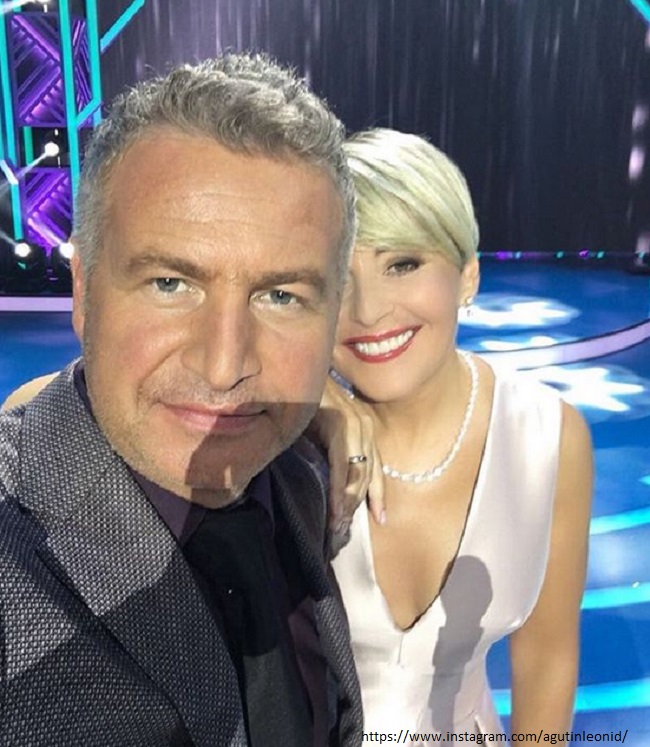 52-year-old singer Leonid Agutin told a funny story that happened to him and his wife.

The composer has been happily married to Angelica Varum for over 20 years. In many ways, they are united by a sense of humor. One of the first meetings of the future spouses turned into an annoying embarrassment for the singer. Agutin ruined Varum’s outfit right before going on stage.

“She had such a narrow, black skirt with a white narrow stripe, and a white blouse on top. And when she later went up on stage, I supposedly went up after her. And, apparently, having looked at it, I suddenly accidentally stepped on the floor of this skirt. And she cracked her. I was very ashamed that I somehow became the culprit of this accident. This embarrassment“, – Agutin admitted.

The composer was impressed that his chosen one was not taken aback. Angelica quickly changed her clothes backstage and worked out the performance. The passion between the artists broke out after the recording of the duet. In 2000, the couple formalized their relationship and went on a honeymoon trip to Venice. Angelica thoroughly prepared for the trip to the hot country. She brought along a formal dress and a more casual outfit with ultra-short shorts. The latter very much embarrassed the singer.

“Such a short skirt, with a corset, and, as the wife says, shorts. But I could never call them shorts, I called them cowards … She says: “Why are you saying such a rude word?” I say: “Well, I can’t call it panties, it’s going to be, well, some sort of overkill.” She says, “These are shorts!” I say, “Well, okay, okay, okay, let’s call it what you want. But you came to the restaurant in your underpants, do you understand that?“” – said the musician.

Leonid also dressed lightly in warm weather. He went out into the street in a jacket on a naked body. In this form, the couple went to a local restaurant. When they sat down at the table, the manager of the establishment approached them. He asked to leave because the shirtless man, in his opinion, looked inappropriate. Leonid made a scandal, but agreed to leave the restaurant.

“And then we got up. And then he all … saw how my wife was dressed … And my jacket seemed just like flowers. In general, he kicked us out. Well, nothing, we found another restyk, from where we were not kicked out. As a result, everything was celebrated as it should“, – Agutin explained in the new edition of the Personal Connections program on the author’s YouTube channel of Yuri Kostin.