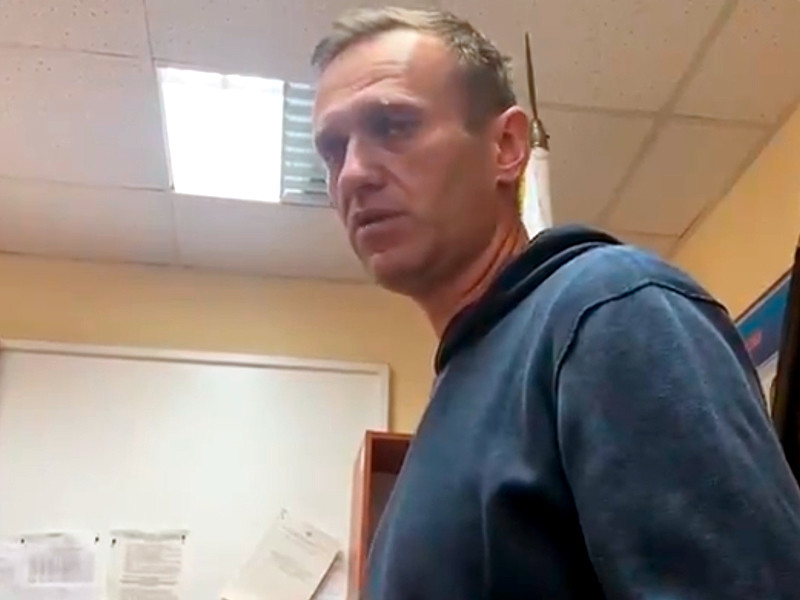 Opposition politician Alexei Navalny, who is serving a sentence in the Pokrov colony, is losing sensitivity not only in his legs, but also in his hands. Oppositionist’s lawyer Olga Mikhailova told Dozhd about the progressing illness. The FSIN doctors did an MRI scan and found two hernias in Navalny.

“He continues to experience pain in his back, in his leg. Plus, he loses sensitivity, in addition to his legs, his hands are also now involved,” Olga Mikhailova said.

The lawyer added that Alexei Navalny continues his hunger strike, and therefore does not eat, but only drinks water. “At the same time, he holds on and tries to somehow encourage us,” she said.

The paramedic in the colony insists that Alexei Navalny should take diclofenac and nicotinic acid, which “have not been used in medicine for 30 years,” says Olga Mikhailova. The politician refuses these drugs.

“We sent a lawyer’s request to a neurologist, explained to him the diagnosis that was announced to Alexey, that he has two hernias and protrusions, and an acute period now. This was shown by MRI. One of the hernias is quite difficult to treat and is not sufficiently described in the conclusion that was given to him. Our neurologist gave us the conclusion that the treatment that he was prescribed in the colony was ineffective and could lead to He also indicated which medications should be taken, which examination to undergo, “explained Olga Mikhailova.

She believes that the colony does not follow the recommendations of the doctors and continues to insist on the effectiveness of treatment with diclofenac.

Another lawyer of Navalny Vadim Kobzev wrote on Twitter that the weight of his client “is steadily dropping by 1 kg per day.” This means that the politician has already lost about 15 kilograms during his stay in the colony. “All that the administration of the colony is doing at the moment is trying to dissuade him from the hunger strike,” added Vadim Kobzev.

On April 5, the FSIN reported that Navalny was transferred to a medical unit. This is due to the fact that the politician “in the course of the planned prophylactic medical examination revealed signs of a respiratory disease, including a high temperature.” Before that, Navalny said that in his detachment in IK-2 in Pokrov, three people were hospitalized with tuberculosis, and he had a severe cough and a temperature of 38.1.

Navalny himself has been on a hunger strike since March 31, seeking to provide him with the necessary medical care. “The pain in the back has spread to the leg. Parts of the right and now the left leg have lost sensitivity,” he said.

The oppositionist also said that he was tortured by insomnia, since every hour during the night he was woken up by FSIN officers during a check as “inclined to escape.” After the hunger strike was announced, new sophisticated bullying was added to this. The politician’s wife, Yulia Navalnaya, said that candy was thrown into her pockets for her starving husband, and the chief brought an electric stove to the detachment on weekends and fried chicken, although “it seems that chicken is prohibited in the zone.” It also turned out that the photo albums with pictures of his son and daughter did not reach Navalny.