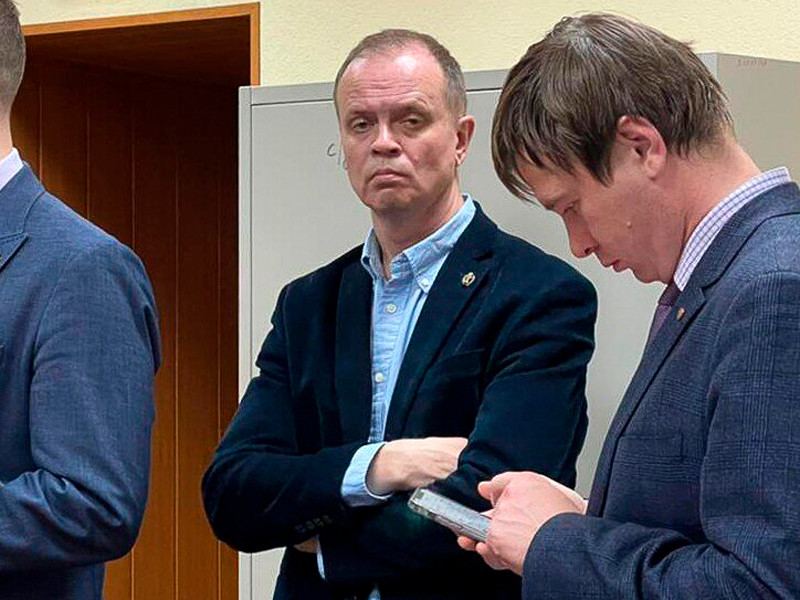 Lawyer Ivan Pavlov, who became a defendant in the criminal case on the disclosure of data from the investigation, said that the ordering party of the criminal case against him could be an FSB investigator who is in charge of the case of journalist Ivan Safronov. Pavlov said this in an interview with the Dozhd TV channel.

“I have a clear idea that it was an investigator, a specific investigator in a specific case, in the case of Ivan Safronov, who initiated this,” said Ivan Pavlov, who is the head of the informal association of lawyers and journalists “Team 29”.

According to him, the seized part of the dossier on Safronov’s case contained information that the journalist’s defense planned to declare at the trial and procedural documents. Pavlov also clarified that he published documents on other cases that are being conducted in the investigative department of the FSB, but no one had any claims because of this. For example, in the case of Karina Turcan, former top manager of Inter RAO, Team 29 published all procedural documents.

The case of journalist Ivan Safronov, accused of treason, is being investigated by FSB investigator Alexander Chaban. Pavlov said that earlier Chaban tried to persuade the clients of “Team 29” and their relatives to refuse the help of the lawyers of this organization. In addition, one of Pavlov’s clients said that the investigator said: “I will put this Pavlov in prison.”

After Ivan Pavlov was detained, his colleague Yevgeny Smirnov said that the head of Team 29 had often received threats from FSB investigators, including Alexander Chaban. “It [Чабан] spoke to our face – you are standing right across our throats, we will do everything to put you in prison, “Smirnov said.

On Wednesday, Ivan Pavlov was charged with disclosing data from the preliminary investigation in the Safronov case (Article 310 of the Criminal Code). The Basmanny District Court of Moscow appointed him a preventive measure in the form of a ban on certain actions – the lawyer was forbidden to communicate with witnesses in a criminal case, as well as to use communications and the Internet.

FSB officers searched the Moscow hotel where lawyer Ivan Pavlov was staying on April 30. The siloviki’s claims are related to the fact that the lawyer submitted to the Vedomosti newspaper a decision to involve his client, journalist Ivan Safronov, as an accused, and then told the media that an anonymous secret witness under a pseudonym had appeared in his case.

During the searches, investigators seized documents from Pavlov’s office and house. In addition, the lawyer’s phone and laptop were taken away. Some documents and a laptop were removed from the safe, the lawyer said. “This safe was opened. Surprisingly, it was opened too quickly. To be honest, I thought that the safes should somehow be burglar-proof. No. The lawyers said that it happened during a search in just five minutes,” Pavlov said.

Team 29, led by Pavlov, often represented the interests of those involved in high-profile cases of treason and espionage. In particular, Team 29 announced that it would represent the interests of the Anti-Corruption Foundation *, which the Moscow prosecutor’s office demanded to be recognized as an extremist organization.

The criminal case opened against Pavlov outraged the entire legal community. By May 5, at least forty lawyers had filed an appeal against the court’s decision on the measure of restraint chosen by Pavlov. Among those who filed the complaint were lawyers Aleksey Parshin, Mari Davtyan, Valentina Frolova, Leonid Krikun, Aleksey Avanesyan, Anastasia Georgievskaya, Daniil Berman, Vera Goncharova, Team 29 reports.