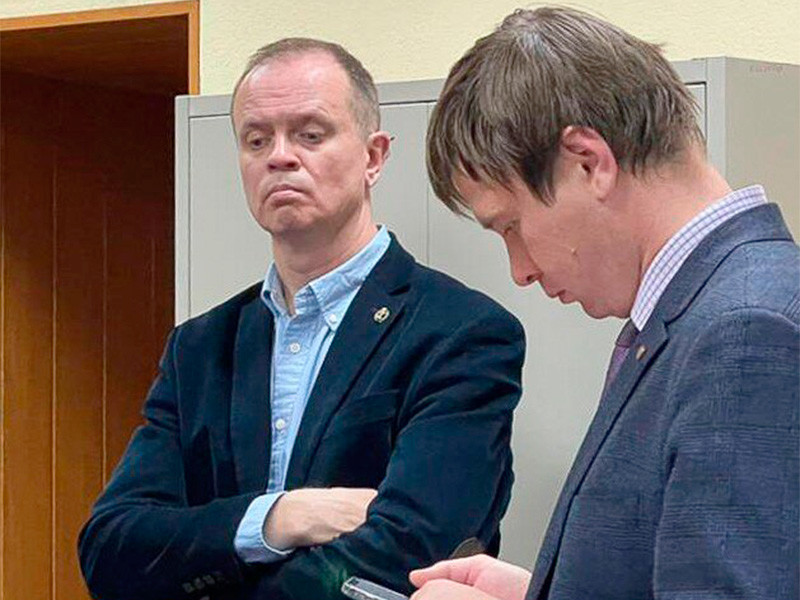 The lawyer of “Team 29” Ivan Pavlov, who is accused of divulging the secrets of the investigation, filed a complaint against him being banned from certain actions. This was reported to TASS by the lawyer Alexander Meleshko representing Pavlov’s interests.

“Several defenders of Pavlov filed a complaint against the ban on actions, which was assigned to Pavlov by the Basmanny Court,” he said. April 30 court banned Pavlov to communicate with witnesses in a criminal case, with the exception of close relatives, the circle of which is determined by law; send and receive postal and telegraphic items; use communications and the Internet, with the exception of calling an ambulance, police, emergency services, in the event of an emergency, as well as to communicate with the investigator and the supervisory authority. In addition to the prohibitions, Pavlov was ordered to independently come to the investigator and to court on demand. The defense side asked to choose a measure of restraint in the form of bail.

“Our principled position is that the defense in the Safronov case did not inform the journalists about informational bulletins, but pointed to the facts of violation of the law committed against the journalist. By virtue of Article 161 of the Criminal Procedure Code of the Russian Federation, information about the violation of the law under no circumstances can be a secret investigation, “Meleshko said on May 3.

Let us remind you that Ivan Pavlov was detained in Moscow on April 30. He was charged with disclosing the investigation data. The punishment under this article is a fine of up to 80 thousand rubles or in the amount of wages or other income for a period of up to six months, or compulsory work for up to 480 hours, or correctional labor for up to 2 years, or arrest for up to three months …

The lawyer himself believes that this is connected with the case of his client – journalist Ivan Safronov, accused of treason. According to him, we are talking about the fact that he handed over to the Vedomosti newspaper the decision to bring Safronov as an accused, and in front of the Lefortovo court building he announced the appearance of an anonymous secret witness in the case.

According to Pavlov’s colleague, lawyer Yevgeny Smirnov, Ivan Pavlov often received threats from FSB investigators, in particular from Alexander Cheban (he is in charge of the journalist Ivan Safronov’s case). He spoke to Pavlov’s face: “You are standing right across our throats, we will do everything to put you in prison.”

Ivan Pavlov is known for a number of treason cases. He, in particular, defends the former top manager of RAO EES Karina Tsurkan, convicted of espionage, the former journalist of Kommersant Ivan Safronov, the request of the investigation to extend his arrest on Friday will be considered by the Lefortovo Court of Moscow. Pavlov’s client was also the late scientist Viktor Kudryavtsev, who spent more than a year in jail. Another client of Pavlov is the 78-year-old president of the Arctic Academy of Sciences Valery Mitko, who is accused of treason and espionage for the Chinese. Ivan Pavlov also represents the interests of FBK * in the claim of the prosecutor’s office for the recognition of this organization as extremist.

In April, Ivan Pavlov wrote that the FSB officers had a plan to catch spies and treason. And scientists are increasingly becoming the target of prosecution under the relevant criminal articles, since their activities involve the transfer of information and communication with foreigners.

In August 2020, the FSB filed a complaint about Ivan Pavlov’s refusal to sign a non-disclosure agreement on the data of the investigation in the high treason case initiated against journalist Ivan Safronov. But in fact, the investigator did not try to get this subscription from the lawyer, says Team 29. At the same time, the FSB complaint directly stated that the lack of a subscription prevents the initiation of a criminal case under Article 310 of the Criminal Code of the Russian Federation against Pavlov.