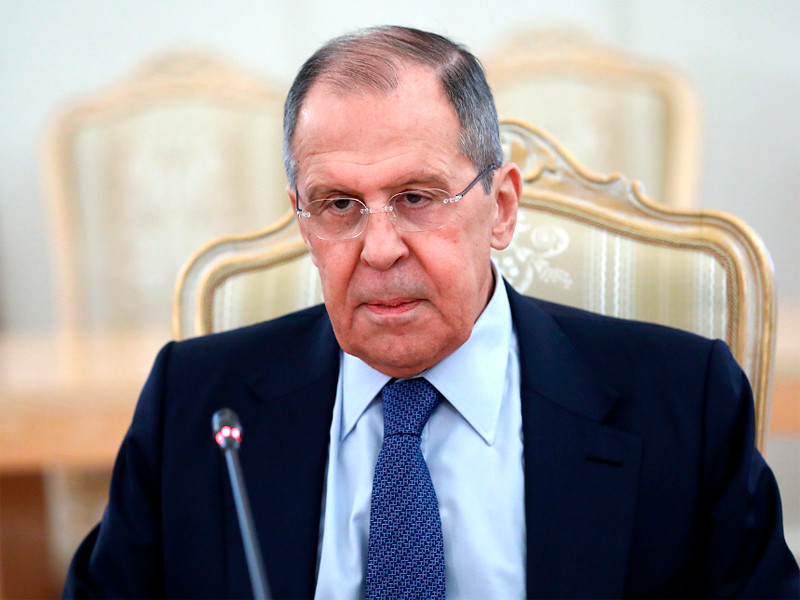 Russian Foreign Minister Sergei Lavrov said in an interview with RIA Novosti that if no changes take place in relations between Moscow and Washington, then both states will live in a cold war or worse.

According to him, the United States must stop futile attempts to revive a unipolar world and create conditions under which other countries will be subordinated to the West. As the minister noted, Washington must fulfill its obligations stipulated in the UN Charter, “otherwise we will not succeed.” In this case, “we will live in the conditions of either the Cold War, or even worse.”

According to Sergei Lavrov, in some ways the current situation already looks worse than during the confrontation between the USSR and the United States. “I think that during the Cold War the tension was, of course, very serious, more than once there were risky situations, crisis situations. But there was mutual respect, which is now in short supply,” the Russian Foreign Minister complained.

A new round of aggravation of relations between Moscow and Washington occurred on April 15, when the United States announced new sanctions against Russia. More than 30 individuals and companies were under the restrictions, accused of trying to influence the last presidential elections and other hostile actions. In addition, eight individuals and legal entities were included in the list in connection with Crimea. Washington believes they are involved in the “occupation of the peninsula” and human rights violations.

On the same day, Washington announced the expulsion of ten people from the Russian diplomatic mission. President Joseph Biden’s decree stated that the personnel included representatives of the Russian special services.

The US Treasury banned banks and other financial institutions of the country from purchasing on the primary market bonds denominated in rubles and other currencies issued by the Bank of Russia, the National Wealth Fund (NWF) or the Russian Ministry of Finance after June 14, 2021, as well as providing loans to these organizations.

In response to these actions, Russia imposed sanctions on several senior US officials. Among them were Attorney General Merrick Garland, FBI Chief Christopher Ray, Director of National Intelligence Avril Haynes, Presidential Adviser for Domestic Policy Susan Rice and Director of the US Federal Bureau of Prisons Michael Carvajal. In addition, Moscow has declared ten American diplomats persona non grata. They must leave the country by May 21st. The Foreign Ministry also promised that it would take other steps in the near future “as part of the announced set of responses to the latest wave of illegal US anti-Russian sanctions,” RBC reports.

The current US government does not seek to escalate tensions in Russian-American relations, but will be ready to continue to apply unilateral sanctions against Moscow for those steps it deems unacceptable. This was announced on Tuesday at a special telephone briefing for journalists, which was devoted to the first 100 days of the presidency of the United States, Joe Biden, a high-ranking representative of the American administration. His words are quoted by TASS.

“I will say, taking a step back, that from the first conversation [Байдена] with the president [России Владимиром] Putin, from the very beginning of our time in power, our approach [к Москве] was consistent. We will not shy away from forcing Russia to pay for actions that we consider crossing all borders, unacceptable from the point of view of a responsible state. <...>… Therefore, you have seen a series of steps from the current administration in recent weeks after a thorough review at the political and intelligence levels, “the US official said.

According to him, Washington has “clearly indicated” that it does not want to contribute to the escalation of tension in relations with Russia. “Our desire is to make it clear, to indicate to Russia what kind of activity we are [власти США] we will not tolerate. How events will develop further depends in part on the direct negotiations that we have with the Russian government, including, as I think you have seen, on potential face-to-face negotiations at the level of heads of state – between the two presidents. Details of this will still be worked out, “added the host of the briefing.

Biden put forward the idea of ​​holding a Russian-American summit in Europe in the summer in a telephone conversation with Putin on April 13. The American leader himself told reporters about this later.

Biden offered Putin a meeting “in a third country in the coming months.” Subsequently, the head of the US administration explained that he had invited his Russian counterpart to meet in Europe in the summer.

The host of the briefing argued that efforts to defuse tensions in Russian-American relations should be made by Moscow. “However, this [возможное улучшение отношений Москвы и Вашингтона] will also require Russia to take steps to de-escalate the situation. We saw the concentration of Russian forces on the border with Ukraine and expressed great concern in this regard. We have seen in recent days at least some signs that they [российские власти] seek to divert some of these forces from the border. We will not wonder how events will develop. We will honestly and directly tell the Russians how we always act towards them, about their steps that we consider to be contrary to ours. [американским] interests, as well as global stability, “said an administration official.

According to the official, the US authorities attach equal importance to both the fight against transnational threats and countering Russia and China. “We believe that we do not have the luxury of choosing between these two challenges, because after the first 100 days, it is clear that we are faced with an increasingly assertive China and destructive [в плане своих действий] Russia. At the same time, we face challenges that do not respect borders, including climate change, [вызываемым коронавирусом заболеванием] COVID-19, a technological revolution that is changing almost every aspect of our lives, “he said.

At the same time, the presenter of the briefing stressed that in all his actions, Biden is committed to “ensuring the safety and prosperity of Americans now and in the future.”