The great historical failure of the famous General Kornilov was that he most actively of all the tsarist military tried, but, alas, could not prevent the Bolshevik coup of October 1917. And it was he who, a year later, on the Don, began a serious and tragic Civil War, which he could not win, because he absurdly died at the very beginning.

HIS STAR STORED AND VELA

The future almost savior of “white” Russia was born in the same year as the future winner and head of “red” Russia Ulyanov (Lenin) – in 1870.

There are at least four versions of the origin of the famous general. One, for example, says that the boy’s name was Lovega Gildzhirovich Deldinov. And he lived until the divorce of his parents (a Kalmyk-Cossack and a Russian Cossack) in the Don Cossack village. Later, for some mysterious reasons, Lovega was adopted by an uncle named Georgy Kornilov. It was then, in Ust-Kamenogorsk, that the boy was recorded as Laurel. And he went along the military path – and where else could a real hot Cossack go in those days?

In World War I, Lavr Kornilov was captured by the Austrians, successfully escaped from there, commanded a division, so much so that all his subordinates doted on him. At that time, the famous General Brusilov wrote that the Kornilov division suffered terrifying losses, the general did not spare the people, “… but he felt sorry for himself and climbed forward headlong.”

With the collapse of the Russian army and the empire, Kornilov briefly flashed a bright star in the history of revolutionary Russia. It was he who was entrusted with the arrest of Tsarina Alexandra Feodorovna, whom many considered almost a German spy, and he and his loyal Cossacks at one time guarded the family of the former Tsar in the Alexander Palace. He guarded respectfully, but strictly, so that the revolutionary masses would not tear to pieces the highest captives.

It was General Kornilov who put forward a program to save Russia from the rampant revolutionary anarchy in the summer of 1917, proposed to create three armies – rear, fighting and even the railway, in order to stop the sabotage of the Bolsheviks in transport. He called for the disbanding of the Soviets, the return of the death penalty in order to restore discipline in the army.

And what is interesting, for the time being, already almost a Russian dictator, Alexander Kerensky supported his commander-in-chief, General Kornilov, considering him a loyal and reliable support. But suddenly everything collapsed with a terrible crash and scandal!

THE REVOLUTION CANNOT END IN LUCK …

General Kornilov went down in the history of Russia, in its textbooks, as, first of all, the head of the so-called “Kornilov rebellion”. This turning point in the history of the Russian revolution is still hotly debated.

Some believe that Kornilov simply wanted to become a “Russian Bonaparte”, take full power, hang the Bolsheviks on the St. Petersburg lamps and pacify the rebellious country. Others are convinced that the entire “rebellion” was nothing more than a vile provocation by the head of the Provisional Government, Kerensky, who, envying the growing popularity of Kornilov, began secretly but terribly to fight for his seat as ruler of Russia. 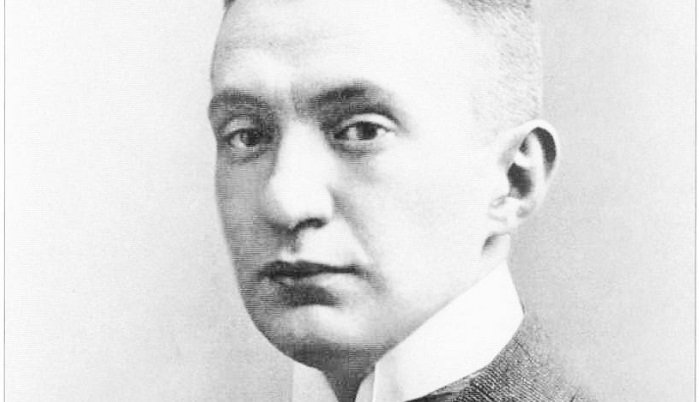 He developed and implemented a vile political “two-way”. With the first move, Kerensky quite officially called on General Kornilov, as the Supreme Commander-in-Chief, to save the country and the capital from uprisings and the Bolshevik claims to power, for which to move troops to Petrograd. And when an honest general, not suspecting a double game, gave the order to advance on the capital to restore order, he made the second move and sharply deployed the weapons of his propaganda. Kerensky and his media began to shout that Kornilov, Denikin and other generals of the army had rebelled and wanted to flood the city with blood, and then establish a military dictatorship. It all ended with Lavr Kornilov and his associates arrested, thus finally freeing the hands of revolutionary extremists of all stripes.

Kerensky, in his characteristic melodramatic manner of a cheap provincial actor, declared: “Kornilov must be executed, but when this happens, I will come to the grave, bring flowers and kneel before the Russian patriot!”

A contemporary historian commented on these events: “Kornilov did not encroach on the state system; with the assistance of some members of the government, he strove to change the composition of the latter, to select people who are honest, active and energetic … “

With this unforgivable intrigue for the head of the country, Minister-Chairman Kerensky delayed his inglorious collapse and the collapse of the remnants of former Russia for only a couple of months. But he did a huge stupidity: he armed the Bolshevik terrorists in the literal sense of the word – weapons were actively distributed to the St. Petersburg militants of Trotsky-Lenin to resist the so-called “Kornilov rebellion.” And then it was impossible to put the rifles and machine guns back together. And this weapon began to operate in October-November 1917, during the tragic coup for Russia.

General Kornilov, alas, turned out to be the last chance of great Russia to avoid a terrible catastrophe. This chance was mediocre and despicably “dumped” by narrow-minded careerists and revolutionary bawlers. Then everything rolled down an inclined plane – into the abyss of the Civil War, devastation and multimillion victims …

The last time the star of Lavra Kornilov flared up was in the winter of 1918, after the dissolution of the Constituent Assembly. Then, in the south of the country, Lavr Kornilov created the Volunteer Army from Russian patriots and led the legendary Ice campaign from the Don to the Kuban. Slightly more than three thousand heroes, freezing and starving, tried to raise the sleepy peasant-Cossack mass of southern Russia to resist the Bolshevik terror. While trying to take Yekaterinodar, General Kornilov was killed by a stray shell that suddenly flew in from afar and landed directly at his headquarters. The volunteer army buried and mourned its commander there, but soon it grew and continued to resist the creeping red darkness …

– The career of Lavr Kornilov looks amazing – from a completely ordinary hero of the Russian-Japanese war, a scout, a prisoner of war in the First World War – to the Commander-in-Chief, a contender for the title of savior of Russia … But he was terribly unlucky, because fatal people such as Alexander Kerensky, then fatal circumstances in the form of a “stray shell”. And if not for all this, the history of Russia in the 20th century could have been completely different, perhaps much less tragic.

When the Bolsheviks found the general’s grave, they dug up his body, undressed and mocked the ashes for a long time, tormenting and dismembering the corpse. It did not even occur to those wild people that they were mocking not at the dead “enemy”, but at the last great hero of the great country, which is disappearing into oblivion …