Larisa Dolina’s daughter spoke about the scandal with Valya Karnaval 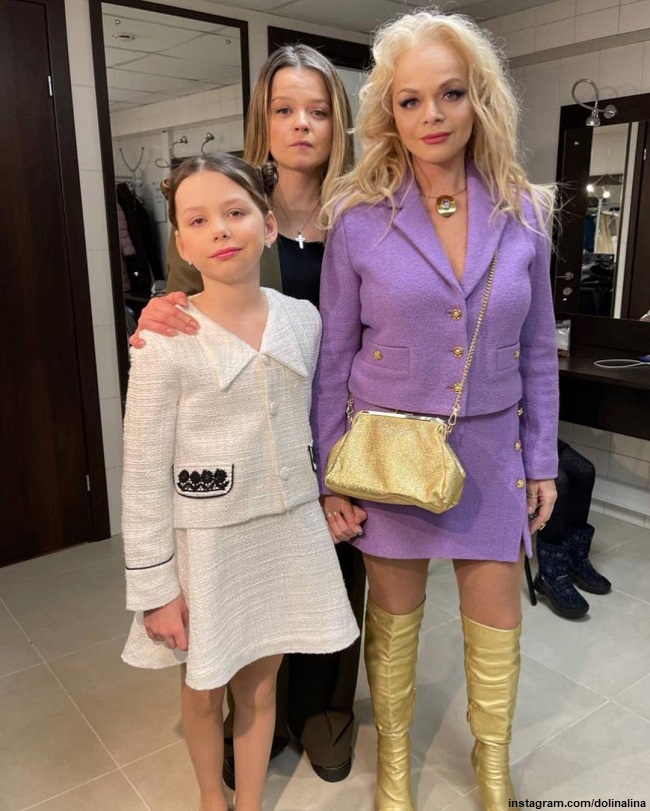 The scandalous story with the singer Larisa Dolina still does not subside.

The daughter of the artist appreciated the scandal that erupted in the media after the filming of the People’s Artist in the YouTube show “Musicality”. For almost a week, there have been fierce debates on the Web about who is right in the conflict between the queen of jazz and 19-year-old TikTok star Valya Karnaval. Many stars have already spoken about this. Finally, the turn came to the relatives of the People’s Artist.

Angelina said that participation in this program is the best thing that has happened to her mother in recent years. She said that she appreciated the choice of the creators of the project, who invited this young blogger to the shooting. Dolina’s daughter said that she did not specifically set up her mother before filming and sincerely hoped that she would manage “without napalm” on her part.

The heiress of Larisa Alexandrovna separately praised the presenter Maxim Galkin, who, in her opinion, did his job well.

“Gluboko, fundamentally and imperceptibly, as with children through the game, he opened the topic and each of the camps remained in profit. By the end, Valya became a kitten completely, and from my mother I expected her to hug her like a mother“, – said Angelina on Instagram.

She also thanked everyone who supported her mother, as it was “crucial” for her.

It is worth noting that Valya, after the moralizing of Larisa Alexandrovna, did not draw any conclusions about the need to have a musical education in order to sing. Carnival continues to adhere to the position that the Valley cannot appreciate her work due to her age.

She responded to the artist’s claims with her own words, cut from the archival performance. In it, the then still young Valley complained from the stage that during the “stagnation” she was cut out of the airwaves and was not allowed to engage in creativity due to outdated views on music. The difference is that Larisa Aleksandrovna was oppressed because of her style of performance and repertoire, and not because of her lack of voice or hearing.