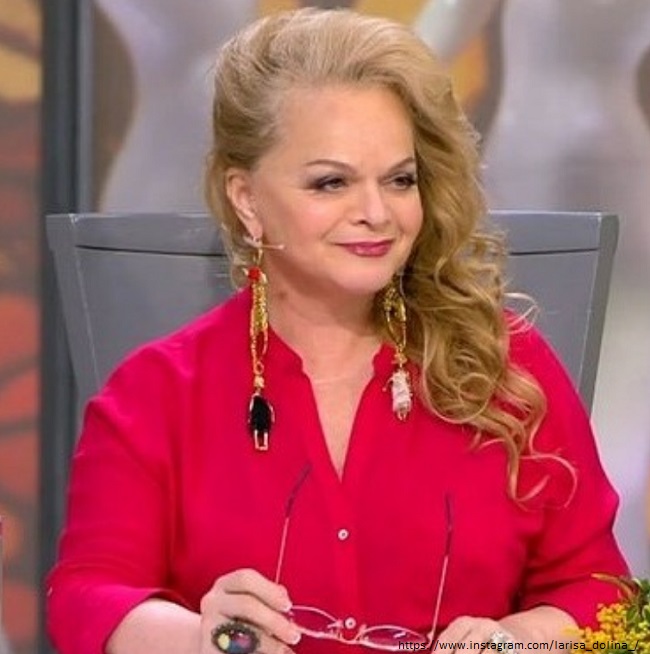 According to rumors, it was the problems in the personal life of the singer Larisa Dolina that made her take on herself.

The artist shocked the audience with her fresh look at the music festival in Yalta. In early October, the "New Wave Children's" took place on the Black Sea coast. The People's Artist was one of the jury members of the Young Talent Competition.
Journalists tried to figure out at what point the performer changed dramatically.

In 2017, the first rumors about the collapse of her marriage with Ilya Spitsyn hit the media. According to sources, Spitsyn started a new family, where he allegedly had a child. Rumors about this are confirmed in the environment of the artist, but the spouses themselves refuse to comment on this topic.

By the time the breakup happened, the queen of jazz had recovered noticeably. They said that Larisa Alexandrovna gained excess weight against the background of worries about her husband's departure. She gave up diets and reduced physical activity, which immediately affected her figure.

But the singer pulled herself together in time and lost weight. This, it seems, did not help her return her beloved back, but it had a good effect on her health. "Not a trace remained of the former fullness", - the KP informs.
Despite rumors of parting, Dolina, by the way, celebrated her 60th anniversary with Spitsyn. Alla Dovlatova told about this on the Web. Apparently, the spouses decided to maintain friendly relations in memory of the years they lived nearby.