Kudryavtseva defended Gagarina in a scandal with her ex-husband 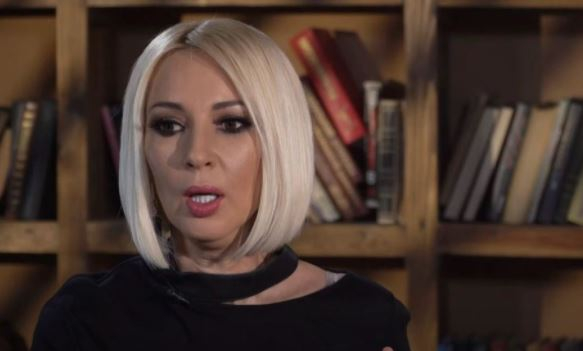 TV presenter Lera Kudryavtseva defended the reputation of the singer Polina Gagarina, saying that the artist does not need anything from her ex-husband, photographer Dmitry Iskhakov.

In the studio of the “Stars converged” program on the NTV channel, Kudryavtseva revealed the details of the conflict between Gagarina and Iskhakov, who divorced earlier this year after seven years of marriage. Recently, the photographer filed a lawsuit against the ex-spouse with a claim to meet with the heirs. In the union, the couple had a daughter, Mia, however, he also loved the singer’s boy from his first marriage, Andrei Iskhakov, as his own son.

“Knowing Polina, the divorce was generally quiet. And no one would have known about this if Dima had not posted all this to the press. Polina doesn’t need Dima’s money. Not in this case. I am sure that Dima still loves Polina. This can be seen in all his movements, “admitted Kudryavtseva, commenting on the recent scandal.

In the studio, the show was attended by actress Evelina Bledans, who admitted that she was disappointed with what happened in the relationship of her friends. She noted that she always liked Iskhakov. According to the star, a bad person could never start raising someone else’s child as his own. In the case with the court, Bledans is sure, third parties are involved.

Polina Gagarina, after her ex-husband filed a lawsuit against her, made a statement, noting that she was annoyed by vengeful and cowardly men. She expressed the hope that her son Andrei would not be like that, but would grow up as a real gentleman.