Perhaps the grimace of Ksenia Borodina at the sight of Victoria Boni is the only thing that was remembered by the audience of the Man of the Year award. While Vika wanders through all sorts of broadcasts, commenting on what is happening, Ksenia is attacked by subscribers demanding to explain why she was so distorted? “What happened to your face?”, “Have you seen your face?”

With her characteristic irritability, Borodina decided to answer, saying that her face had changed from the fact that she tried to hold back her laughter at the sight of Vicky’s henchmen, who unanimously pointed their phone cameras at her at the moment when the blogger went on stage. In general, this whole scandal was “sucked out of the finger” in order to promote Boni’s courses and marathons.

Considering how many comments the businesswoman has already given about the situation and even visited the radio, this may well be true. Well, if we take into account the number of publications about Bon and Borodina after the incident, the question arises, is the scandal directed?

You can read more about this outrageous incident, and for one look at the square ass of the plump Vicki in leggings, you can here. 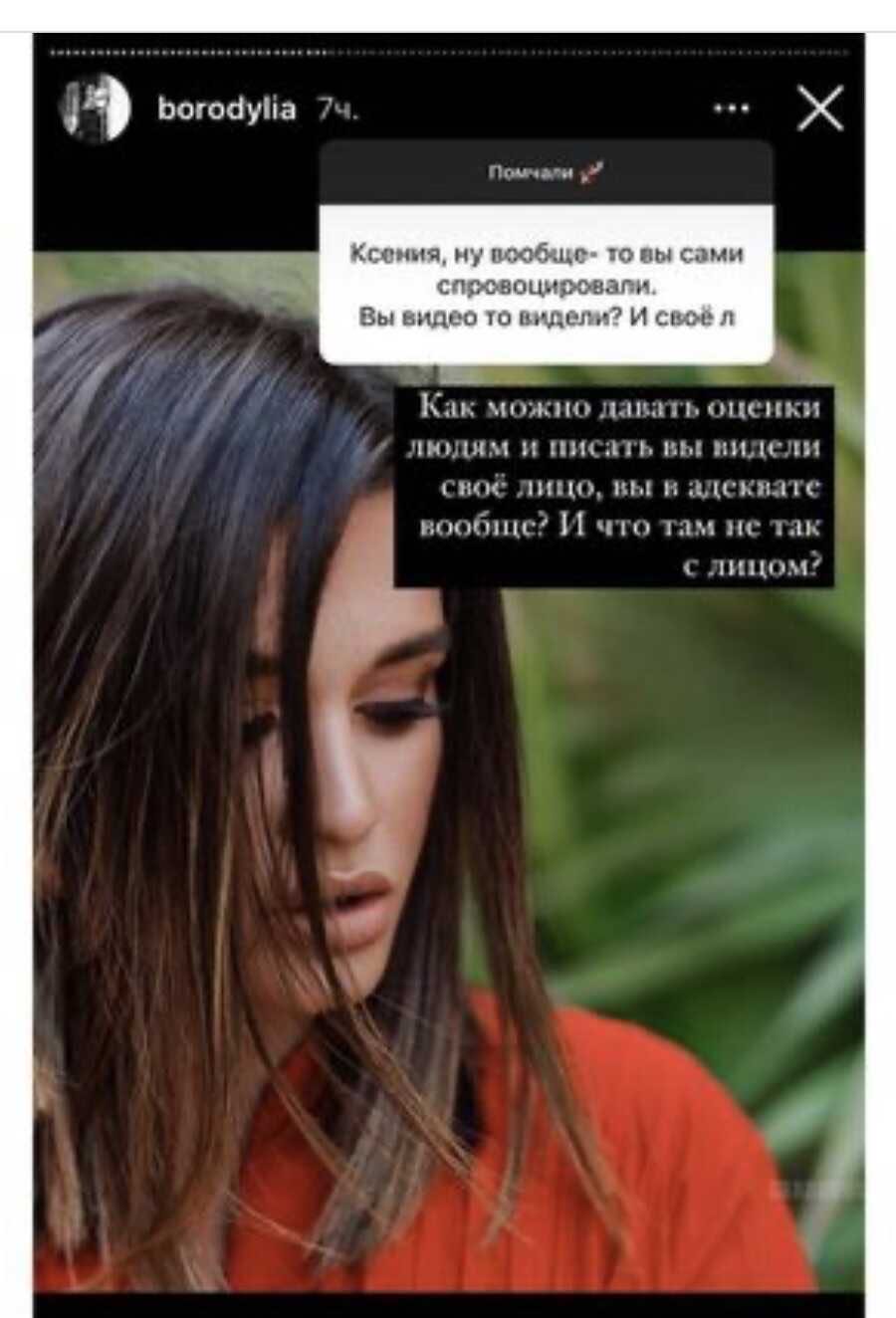