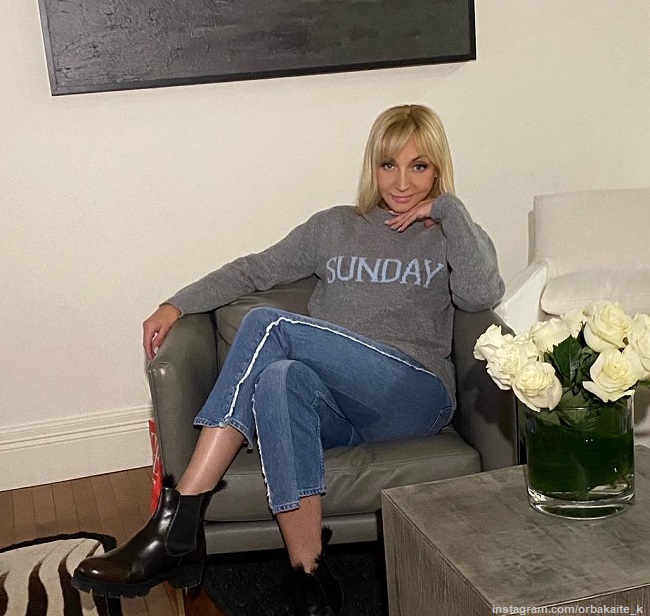 49-year-old singer Kristina Orbakaite celebrated the New Year for the second time according to the Chinese calendar. At the festival, the artist appeared in the form of a bright Chinese woman.

Christina put on a light silk robe painted with a black pattern, made a bright make-up, highlighting her eyes with a dark color. She put red lipstick on her lips and gathered her hair into a high bun, decorating it with chopsticks.

The star set the table. Orbakaite spread scarlet napkins with hieroglyphs on it. The pop diva laid out the snacks on the plates.

“We decided to accompany the Rat and meet the Bull, along the Eastern ⛩🐮 “- explained Christina.

The actress of the film “Love-Carrot” was accompanied by her husband, 43-year-old businessman Mikhail Zemtsov, and a family friend – designer Igor Gulyaev. They posed for pictures together and enjoyed the festive atmosphere.

The vivid shots impressed the fans of the performer. They were generous with warm comments. “Chic and beloved. Great occasion ❤️ “,”Entertainers! Good for you – China Town is not far away! “,” Beautiful !!! Christina is becoming more and more like Alla Borisovna “,” Very beautiful couple, all the best in the New Year 😍❤️ “- noted by users.

The daughter of the Prima Donna is happily married to Mikhail Zemtsov. The star couple are raising their 8-year-old daughter Claudia. From past relationships, Christina has two more sons – 29-year-old Nikita Presnyakov and 22-year-old Deni Baysarov.