"Kommersant": journalists at rallies will be obliged to wear a license plate and a QR code 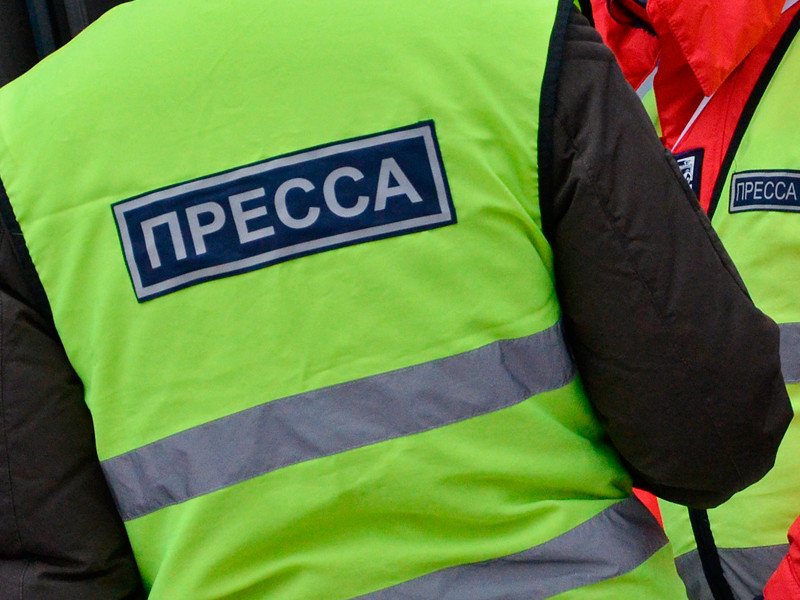 Journalists working at rallies and pickets in Russia will be required to be registered in a special register, wear a license plate and a QR code. This is stated in the draft proposals of the Human Rights Council (HRC) under the President, which Kommersant got acquainted with. Members of the HRC’s specialized commission on the rights of journalists claim that they have not even discussed this draft, but it is already being sent to the embassy as a “guide to action.” Journalists who were injured at recent rallies indicate that the police were oblivious to their vests and doubted the addition of QR codes would make a difference.

The draft proposals of the HRC on “ensuring the rights of journalists provided for by the legislation on the media” was developed in accordance with the President’s order dated January 28, 2021. The document says about the need to “reduce the number of cases of unjustified detentions” of media representatives at public events.

At the same time, from December 2020, a media representative at a rally must have a “clearly visible” sign in the form of a rectangle with the journalist’s data and the inscription “Press” over a green vest. The HRC proposes to make this plate a license plate and provide it with a QR code, “available for verification” by police and Rosgvardia officers. In addition, the Union of Journalists of Russia is proposed to launch “pilot projects” in so far unnamed regions for accrediting media representatives to work at rallies and entering them into a specialized register. It is proposed to extend the accreditation to bloggers.

According to the draft document, the absence in the register does not mean a ban on coverage of political actions for a journalist, but in this case his activities can be qualified as participation in an uncoordinated rally. In addition, the Supreme Court of the Russian Federation is invited to issue clarifications stating that a journalist’s accreditation and license plate “is not immunity from criminal and administrative liability” if he committed “agitation, chanting, etc.” during the action.

The HRC took up the topic of protecting the rights of journalists after a series of rallies in support of Alexei Navalny in January-February 2021, accompanied by mass detentions of media representatives and reports of police opposition to them. According to the UZHR, more than 40 journalists were detained at the rallies on January 23, about 60 media workers on January 31 (6 people were “hit with clubs”), and on February 2 – 8 representatives of the press. Then the members of the HRC announced plans to hold a series of meetings with security officials, governors and plenipotentiaries in the regions on the observance of the rights of media workers. And the UJR planned to prepare a regulation for the interaction of police officers with journalists during street actions. However, until now it was known about only one such meeting in Yekaterinburg with the participation of the head of the HRC Valery Fadeev, after which this draft proposal appeared.

Now the document “as a guide to action” is being sent to the plenipotentiaries in the districts, after which the proposals will be “sent to the Ministry of Internal Affairs and administrations” for implementation in pilot regions, one of which may be St. Petersburg. HRC member Nikolai Svanidze said he knew about the existence of the draft proposals, but stressed that the council had not discussed it, and he said that a new version of these proposals will be developed in the future.

The UJR also failed to clarify whether the union proposed keeping a register of journalists to work at rallies. Roman Serebryany, head of the Center for Monitoring Media Rights Violations at the UJR, said that at the meetings of his colleagues “only vests with the inscription” Press “and badges were discussed, and he had not heard of any new proposals. At the same time, he considers the new measures themselves excessive, since, according to the law, a press card and a passport are enough to certify a journalist’s identity.

In turn, the director of the Center for the Protection of Media Rights * Galina Arapova said that the HRC document “does not protect journalists, but restricts their rights,” since it is impossible to hold a one-time or permanent accreditation for a mass street event, and under Art. 47 of the Federal Law on Mass Media, a journalist has the right to collect information, shoot and be present in different territories, even where a state of emergency has been declared. Journalists Elizaveta Kirpanova and Fyodor Khudokormov, who have suffered from the actions of the security forces, also note that the police do not pay attention to the journalists’ distinctive signs and will hardly check QR codes in the future.

On February 2, the Syndicat-100 community of independent Russian media called on the leadership of the Ministry of Internal Affairs and the National Guard, as well as their rank-and-file employees, to stop interfering with journalists. The appeal of the independent media reminds that the law “On Mass Media” (Article 47 “Rights of a Journalist”) explicitly states the right of a journalist to visit “places of mass gatherings of citizens.”

“Despite this, during the mass protests in the country on January 23 and 31, as well as on February 2, dozens of our colleagues were detained by law enforcement officers while performing their professional duty,” the statement reads, the text of which was published by the Dozhd TV channel and publication “Such affairs”. The authors of the statement note that physical force was used against journalists, and on January 23 and 31, 180 cases of violation of the rights of media workers were recorded.

However, on February 1, presidential press secretary Dmitry Peskov said that cases of detention of journalists were not massive and most correspondents were able to work normally. The head of the Main Directorate of the Ministry of Internal Affairs of Russia in Moscow, Oleg Baranov, also stated that all the arrests were legitimate, and the cases of beatings of journalists allegedly did not find confirmation.