Klava Koka tried on a wedding dress and thought about marriage 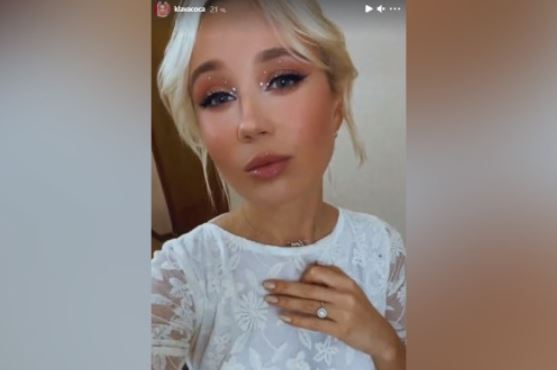 The performer of the hit “Crash” Klava Koka intrigued fans with a new picture in which she appeared in a white dress resembling a wedding dress and with a wedding ring on her finger.

The singer posted a series of photos and videos in a wedding dress on her Instagram account. Later, the star also boasted a ring on the ring finger of her right hand. Fans immediately began to wonder: is the artist really going to get married?

In the footage, 24-year-old Klava Koka is standing in the middle of a huge hall in a lace floor-length dress, and an orchestra is playing nearby. The star looks very gentle and feminine. However, the playful and daring nature of the performer is given out by fashionable sneakers on the platform.

“The kid cannot be hidden behind wide trousers!” – Klava signed one of the pictures with humor.

Another close-up photo shows sports socks on which the inscription “See you on the dance floor” flaunts. In the next Stories, the artist generally stated that she was thinking about marriage.

“It’s time to hike,” says the caption to the video.

Fans are rushing to guess whether it is true that Klava Koka agreed to become someone’s wife. The singer herself shared that soon she will tell her fans everything. Many agreed that the star was just filming another video, for which she tried on a wedding dress, reports “Evening Moscow”.