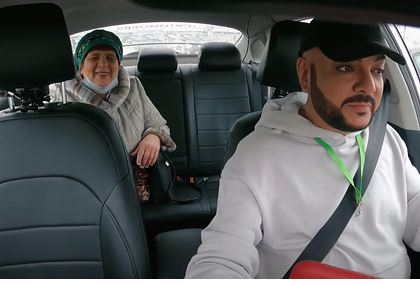 Philip Kirkorov, as part of a video filmed with tiktoker Dania Milokhin, worked as a taxi driver and, asking his passengers’ opinion about himself, found out what Russians think of him. The video is on the Sberbank YouTube channel.

The video shows a competition between Kirkorov and Milokhin: working in ordinary professions, they competed to see which of them would get the most tips. Kirkorov was supposed to work as a taxi driver, and Milokhin as a courier. In order for no one to recognize Kirkorov, he put on a mask and a hood, and also spoke in a lower voice.

The first passenger, who was given a lift by the artist, said that for some time Kirkorov “liked her very much,” but now “her views have changed.” She noted that he has “very interesting songs”, but she does not like the new ones.

The second passenger said that Kirkorov is a “showman” who climbs everywhere, “wants to be in the center of events” and who “has no principles.” He also called the singer a “controversial” and “odious” personality.

As a result, Kirkorov bypassed Milokhin, earning a tip of 5600 rubles. Earlier, the pop singer was seen on the set of the show “Masks” in an outfit from Louis Vuitton for 515 thousand rubles.