KHL published the calendar of games for the season-2020/21

The Kontinental Hockey League (KHL) has presented the 2020/21 season calendar. The regular season starts on September 2 with a match for the Opening Cup between CSKA Moscow and Ak Bars Kazan, and the regular season ends on February 27, after which the teams will start fighting in the playoffs for the Gagarin Cup on March 2, which will last until April 30. 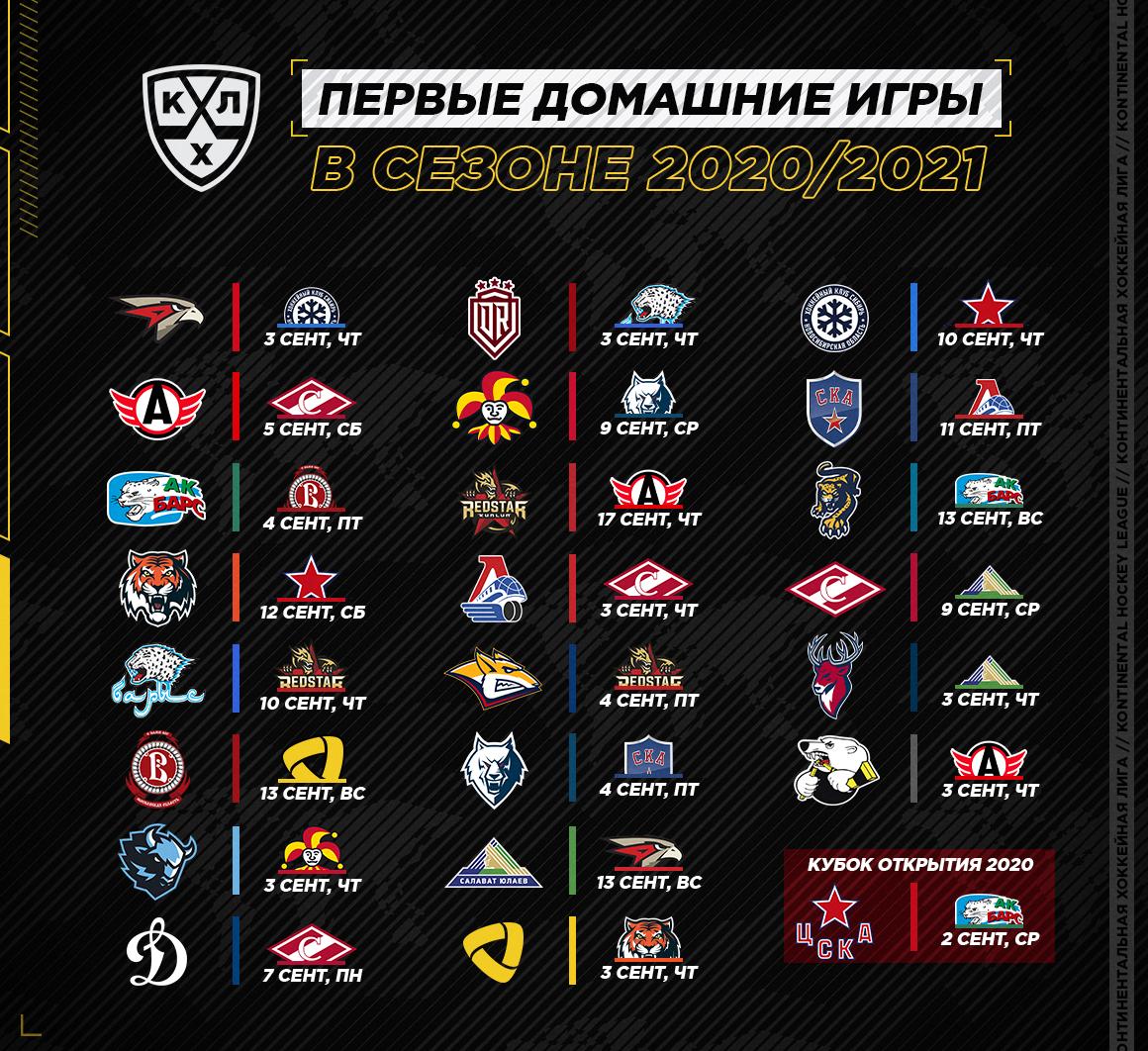 In accordance with the IIHF international calendar, the schedule of the KHL Championship 2020/2021 provides for pauses for the stages of the Eurotour: from November 2 to 9 (in Finland), from December 14 to 20 (in Russia), from February 8 to 15 (in Sweden) ... Pauses are also planned for the KHL All-Star Game in Riga (January 22-24) and New Year's holidays (December 31 - January 2).