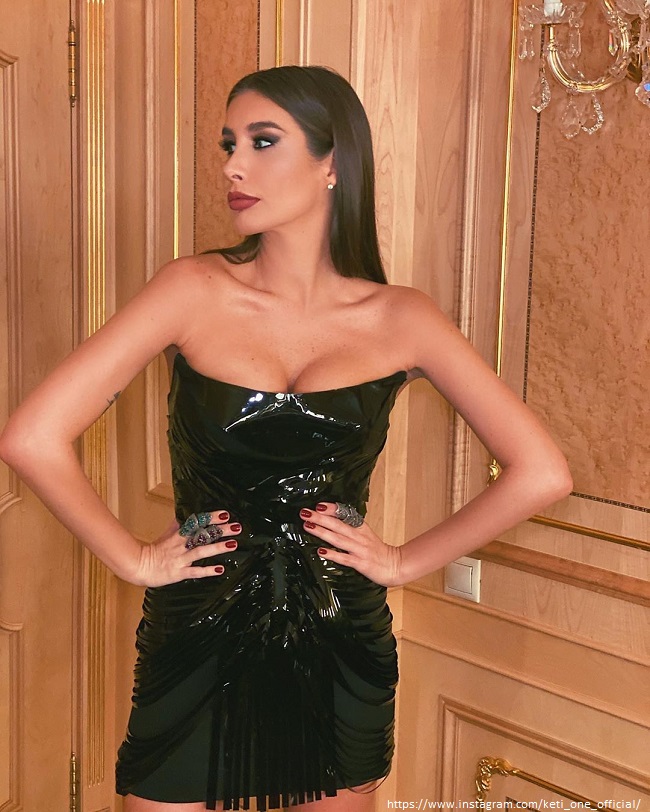 Fans of the singer Keti Topuria noticed her baby carriage.

The video included a fragment when the singer filmed her daughter Olivia climbing the stairs. In the frames, you can see a wheel from a baby carriage - moreover, such models are most often bought for newborns. Rumors about Keti's interesting position immediately appeared on the Web, however, some subscribers expressed the opinion that the artist had already given birth and was nursing the baby.

Note that for several years, Keti was credited with pregnancy, and each time the star refuted this. The last time she came to the studio of the program "Tonight" in the summer - the release was dedicated to the anniversary of "A-Studio". Maxim Galkin asked if the rumors about the imminent addition to the family were true. Topuria answered “no” with a smile. But already in September, the star unexpectedly took the stage in a bulky jacket - and the audience again began to talk about pregnancy.

But Topuria did not deny the engagement to Lev Dengov, whom she has been dating for two years. The lovers met at one of the social events in Moscow. The relationship developed quite quickly, and after a few weeks the couple began to live together.

"Keti and I live together, we moved in about two months ago, healthy and happy. I would not like to talk about other details for the time being for reasons of personal and ethical nature. If we have news, I will definitely inform you", - the businessman shared.