The Kazakhs are a Turkic people who have led a nomadic lifestyle for many centuries, and today carefully preserves the traditions that were formed during constant moving. Some of the traditions and customs of the Kazakhs helped them survive in difficult conditions, others have a sacred meaning, all of them became the basis of the identity of the Kazakh people and the formation of their national culture. 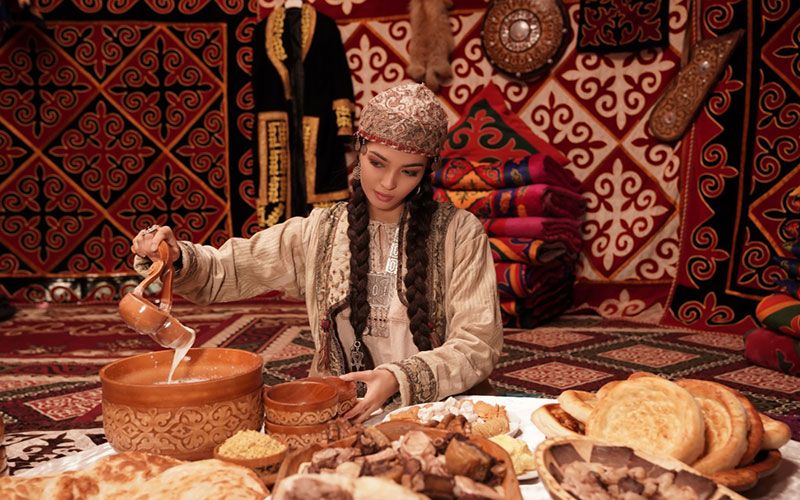 The Kazakhs harmoniously combine modern cultural traditions with ancient customs, and the religious holidays of Muslims and Christians with national holidays established by law.

How public holidays in Kazakhstan are celebrated:

Many of the Kazakhs adhere to Islam, therefore, the religious holidays of Islam are honored in the camp. 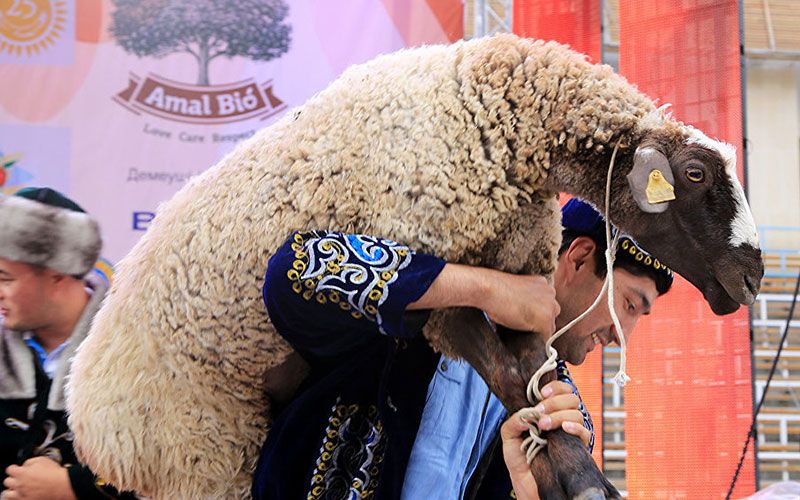 The most significant can be considered: 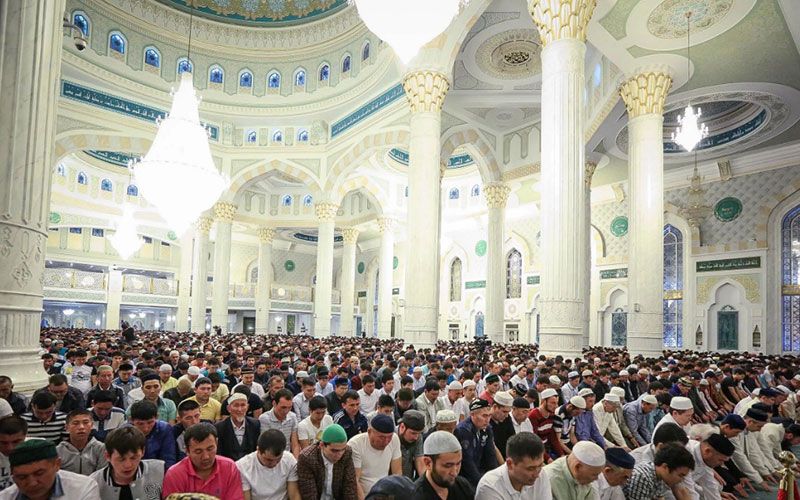 A third of the population of Kazakhstan profess Christianity, so the country also celebrates Christian holidays:

Every nation has at least one custom that can be called unique. The Kazakhs have many such traditions, and it is simply impossible to briefly talk about them. 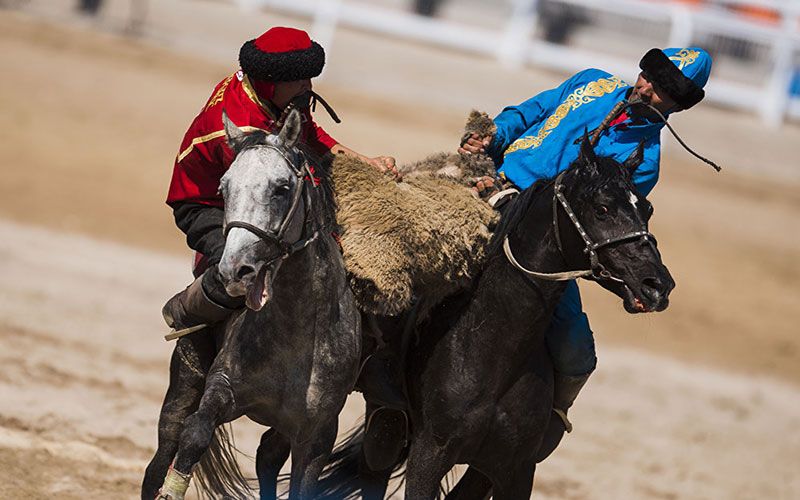 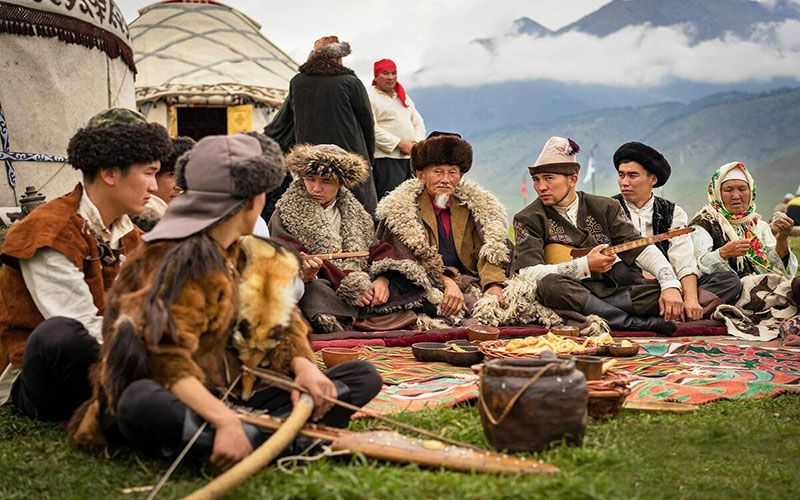 The family traditions of the Kazakh people were built on a special kind of social hierarchy – the status in the tribal clan. So, after growing up, the eldest son was usually sent to the parents of his father or mother, the middle son was prepared for military service, and the youngest remained to live with his parents. It is customary for Kazakhs to keep their genealogy, before the genealogical tree in families was recorded until the seventh generation. This was done not only to honor the ancestors, but also to prevent marriages between close relatives. All important events in the life of the Kazakh family were accompanied by certain rituals.

The wedding traditions of the Kazakhs are a lot of national rituals that begin with matchmaking and end with post-wedding visits to all relatives. Kazakhstan observes a ban on marriage between close relatives, so the Kazakhs know their ancestry up to the seventh generation. It is also customary to observe the age difference between the bride and groom: the wife should not be older than her husband by more than 8 years, and the husband should not be older than his wife by more than 25 years. 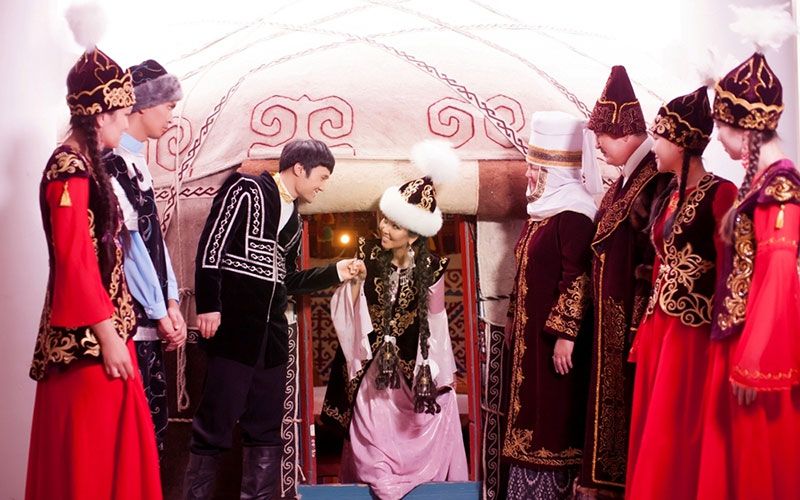 Previously, a bride for a son was found by his parents long before he came of age, the new traditions of the Kazakhs do not forbid young people to choose their betrothed on their own, without a preliminary agreement between their and her parents. The matchmaking process takes place in several stages, the first visit to the girl’s parents is made by the fiance’s trustee, and if they agree to the marriage, the groom’s father comes. Families exchange gifts and conclude a marriage contract. Only after all these rituals have been performed, the groom has the right to visit his future wife in her house, after sending her parents a gift as a sign of respect.

The official civil registration of marriage takes place at the local registry office. According to the folk traditions of the Kazakhs, the wedding ceremony does not require obligatory consecration by a mullah, it is enough for the representatives of the families of the bride and groom to sing the ritual wedding song “auzhar aitu”.

According to national Kazakh customs, the wedding is held in two stages. First, a group of young people arrive at the bride’s house, among them the groom, whose rich clothes distinguish him from the accompanying horsemen. The bride’s wedding attire is a long dress embroidered with silk and a special headdress – a high cap “saukele” made of velvet, decorated with precious stones. 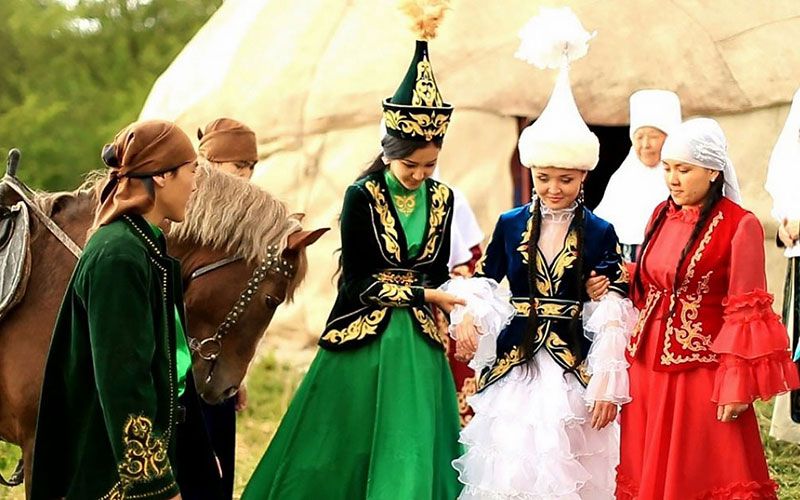 The wedding in the groom’s house takes place the next day, when the young people have actually become spouses. After the wedding feast, the groom’s mother removes the saukele cap from the bride and puts on her the headdress of a married woman – the kasaba. After the wedding, the young husband and wife visited their new relatives for several days, bringing gifts with them, and thus demonstrating their respect and respect.

Rituals associated with the birth of children

From infancy, a Kazakh child went through many rituals, which, it was believed, helped him become independent and successful.

One of the ancient traditions of the Kazakhs is the celebration of the birth of a child. The ceremonial ceremony is called Besik toy. On the third day after birth, the baby is placed in a rocking cradle, which symbolizes a cozy nest. Guests are invited to the celebration and the name of the newborn is announced. 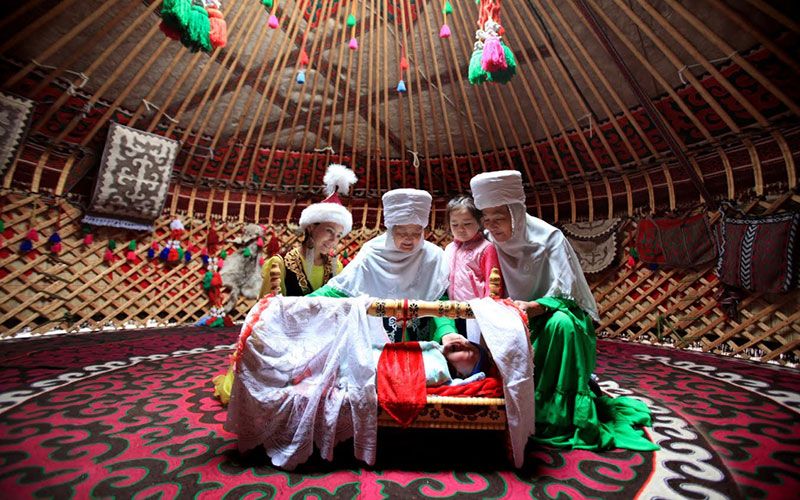 Kyrkynan shygaru is a rite of ritual washing of a child when he turns 40 days old, which is considered a period of purification and adaptation.

The national ceremony, which is performed when the child is one year old, is called Tusau kesu. The baby’s legs are tied with a black and white rope, and a person who is considered endowed with good energy cuts this rope so that the child quickly gets on his feet and walks in life along the right path.

At the age of 5, Kazakh boys are given two ritual rites called Atka otyrgyzu. The Turkic peoples, leading a nomadic lifestyle, taught boys to ride from an early age. The first ritual landing on a horse is carried out by an aksakal, after which, in the presence of a mullah, a specially trained person performs a circumcision operation on the boy – removal of the foreskin. 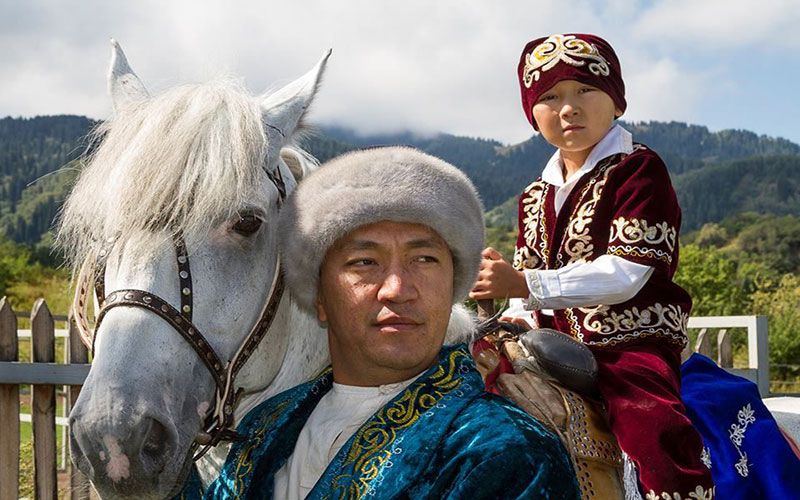 The funeral rite of the Kazakhs is based on ancient traditions, it is quite complicated. Burial is carried out no earlier than two or three days after death. The deceased is washed, a relative of the same sex as the deceased takes part in the ceremony, children are not allowed to wash their parents. There are rules in which order the body of the dead should be washed; this order cannot be violated.

When the body was considered ritually clean, it is wrapped in several narrow panels of white matter, which replace the shirt and turban, and wrapped in a carpet. After the vestment, a memorial service (zhanaza) was held, at which the mullah read a prayer for the dead. Then the deceased was transported to the cemetery.

According to the prescriptions of Islam, only men take part in the funeral ceremony, regardless of the gender of the deceased. The body of the deceased is placed on the south side of the grave, then several people descend into the pit and receive the body, lowered on long towels. The burial is accompanied by the reading of the suras of the Koran. A funeral dinner is held after the funeral, on the 3rd, 7th and 40th day, as well as on the anniversary of death.

The main dishes of the Kazakhs are meat, they are prepared from lamb, beef, horse meat or camel meat. Islam does not allow pork meat to be consumed, and poultry is not often used in Kazakh recipes, since its breeding in the country is limited. 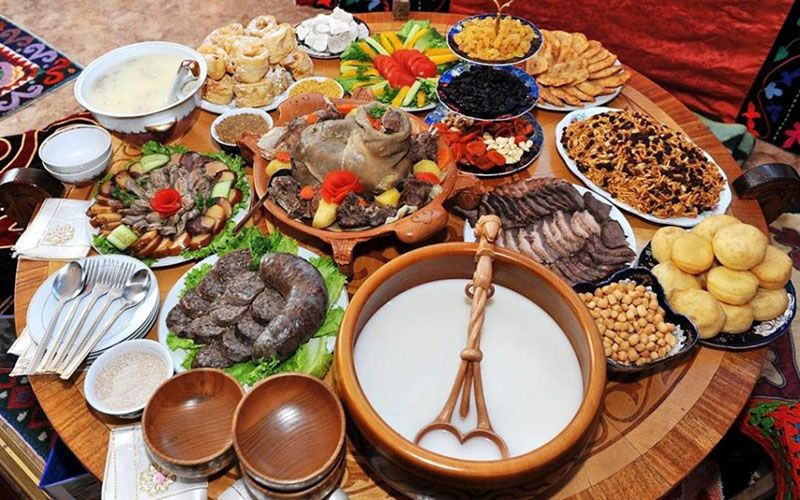 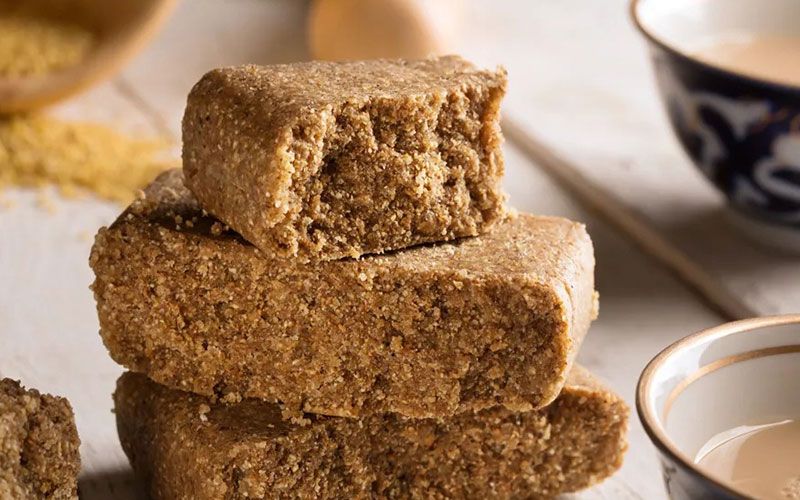